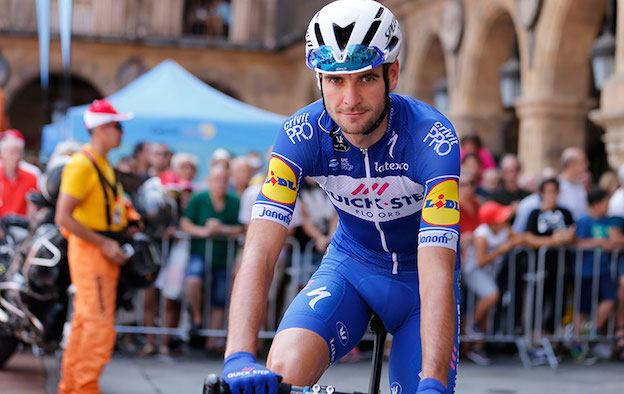 (AP) – The professional cyclists’ union is urging anti-doping authorities to treat athletes in a more respectful manner after Pieter Serry was forced to leave a cycling gala to follow anti-doping inspectors for an out-of-competition test.

The Quick-Step rider missed the Gala of the Flandrien on Tuesday after doping inspectors came to the ceremony to take samples.

In a statement published Wednesday, the riders’ association (CPA) complained about ”another case of non-respect for the privacy of the riders” and criticized the odd timing of some doping controls.

”There have been cases reported where the riders were checked on their wedding day, during a funeral or on their child’s first day of school,” said Gianni Bugno, the president of the CPA.

”Now we read about the case of Pieter Serry, controlled in the offseason, out of the hour scheduled, while at the Flemish cycling festival. … The riders pay 2 percent of their prizes to make these controls possible, they are the only athletes in the world who pay the anti-doping from their own pockets,” Bugno said. ”The riders respect the measures required for the fight against doping, but at least they ask for the respect of their private life in return.”

Belgian media quoted Serry as saying he had already been tested two weeks ago and told antidoping authorities he was available from 7 a.m. to 8 a.m. at his home.

”I understand that there must be checks and that people have to do their work, but two checks immediately after each other, out of season, is simply a waste of money. I feel like a prisoner with an ankle monitor,” Serry was quoted as saying.

The CPA added it will try to find out whether it was the Belgian anti-doping agency, the national cycling federation or Cycling’s anti-doping foundation (CADF) which ordered Serry’s test.

”In addition, the CPA will present an official request to all the bodies involved in the fight against doping and the UCI to establish a code of conduct for the controllers, to ensure the respect for the private life of the athletes, at least in certain circumstances,” the CPA said.