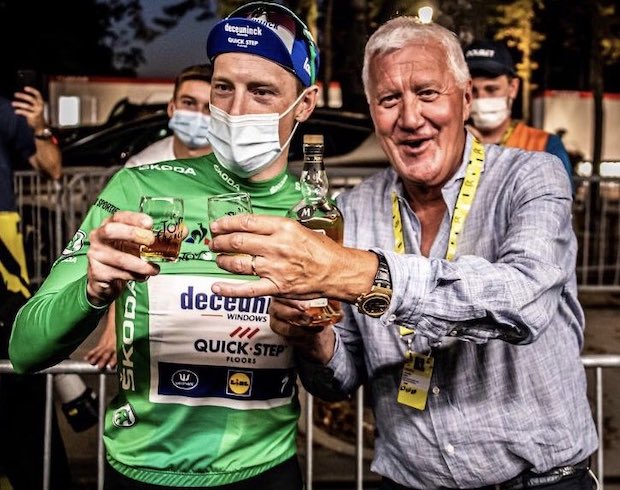 Patrick Lefevere returns to the Giro d’Italia on the rest day on Tuesday, but he will ignore the tradition of talking to rider agents.

“I don’t need them at the moment,” wrote the Deceuninck–Quick-Step team manager in his column in Het Nieuwsblad. “I’m still working on my budget for the coming years and it will be higher than now. But for the time being I have not yet made a proposal to any rider from another team”.

Sam Bennett leaves at the end of the year as both parties are unable to reach an agreement financially and the Irish sprinter will probably return to Bora-hansgrohe.

“Bennett has informed me by phone that he is leaving the team, but I am not going to look for a new sprinter in a hurry. This week I talk to Fabio Jakobsen, who I expect to find his best level again. And Mark Cavendish has just paid for a ten-day training camp in Athens out of his own pocket. I hear that he achieves even better values ​​than in Turkey.”

Lefevere does not have to enter the transfer market, he wrote.

“For the time being I will focus on the riders I already have in the team. I don’t see much better riding around.”