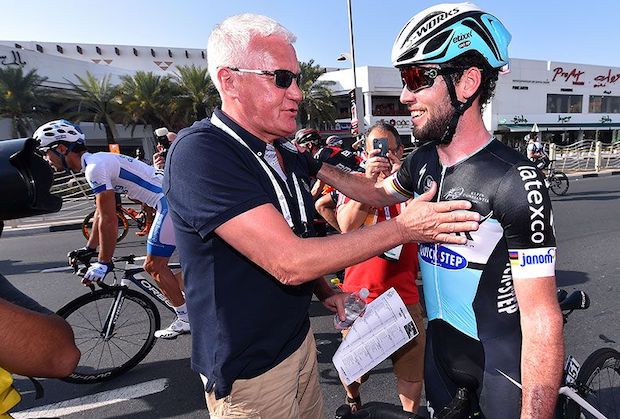 Patrick Lefevere was more than happy with Mark Cavendish’s victory in the Tour of Turkey.

After more than three years without a victory and almost retired last year, Cavendish is thriving at Deceuninck-Quick-Step under the wings of Lefevere.

“It gives me a lot of pleasure. It almost made me emotional”, said the Belgian team’s manager.

“If I had thought he was done, I would not have taken him back,” says Lefevere. “I said it from the start: I had nothing to lose with Cavendish. If he failed, it was his fault. If it worked, it is my credit. I thought, we’ll see. So it worked. And I think, hey, it’s my credit. Who else gave him a chance? ”

Deceuninck-Quick-Step already used Cavendish a lot this spring. He started in Almería, after which he rode some Belgian one-day races, the Settimana Internazionale Coppi e Bartali and the Scheldeprijs.

“We sent him everywhere. He actually raced the team’s third program. He had a very specific assignment in the Scheldeprijs. Sam Bennett had to sprint for the win. Cavendish had to be in the wheel with him so that no one else could take that place, ”Lefevere explains.

“It was close on Sunday in the Tour of Turkey. In the last corner he lost some places due to a rider who almost fell. Today he has sprinted the way he can best”.