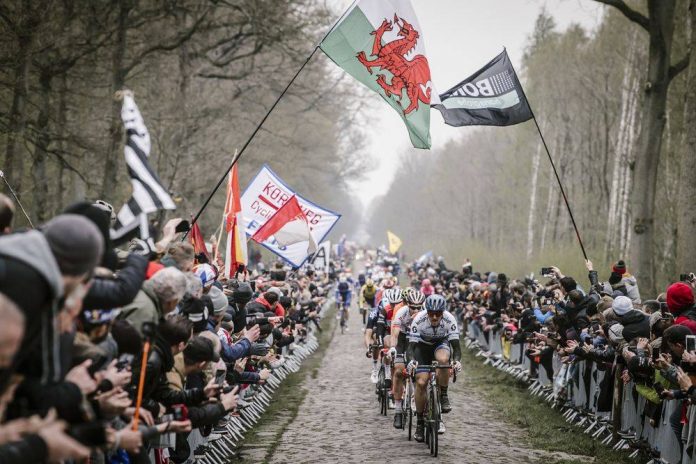 (Reuters) – Paris-Roubaix, which was due to be raced on Oct. 25, has been cancelled amid the COVID-19 crisis, organisers said on Friday.

The men’s and women’s races have been cancelled by local authorities following French health minister Olivier Veran’s announcement on Thursday that the Lille metropole was being placed under maximum COVID-19 alert.

France’s new daily COVID-19 infections were above the record 18,000 threshold for the second day on Thursday, while the number of people treated in hospital for the disease was up.

Paris-Roubaix, also known as “the Queen of the Classics”, was initially scheduled in April but was postponed because of the COVID-19 crisis.

“At the request of the Prefet du Nord, Prefet des Hauts de France and following Health Minister Olivier Veran’s announcement yesterday, that placed the Lille Metropolitan area on maximum alert, the 118th edition of Paris-Roubaix (UCI WorldTour) and the 1st edition of Paris-Roubaix Femmes (UCI Women’s WorldTour), originally scheduled to take place on the 25th October, will not be taking place,” organisers ASO said in a statement.

ASO also organised the Tour de France, which was held from Aug. 29-Sept. 20 after the race was postponed from its usual July slot.