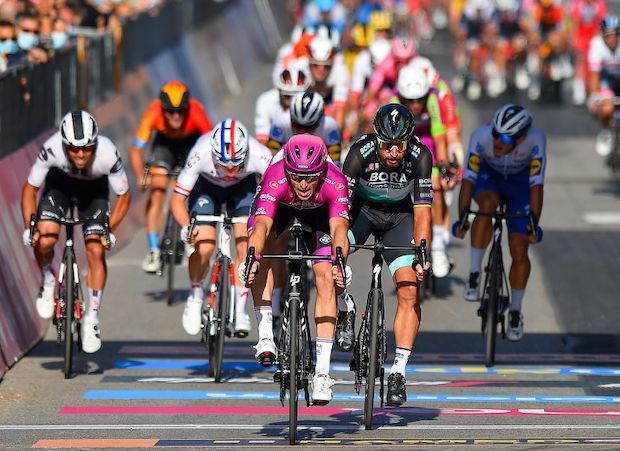 Arnaud Demare claimed his third stage win in this year’s Giro d’Italia when he prevailed at a canter in the seventh stage, a 143-km ride between Mantera and Brindisi on Friday.

Demare, who had already won the fourth and sixth stages, benefitted from a perfect lead-out by his Groupama-FDJ team mates to beat triple world champion Peter Sagan by a bike length. Michael Matthews took third place.

“The work my team did was amazing,” said Demare. “I waited a little bit and I launched my sprint at the right moment.”