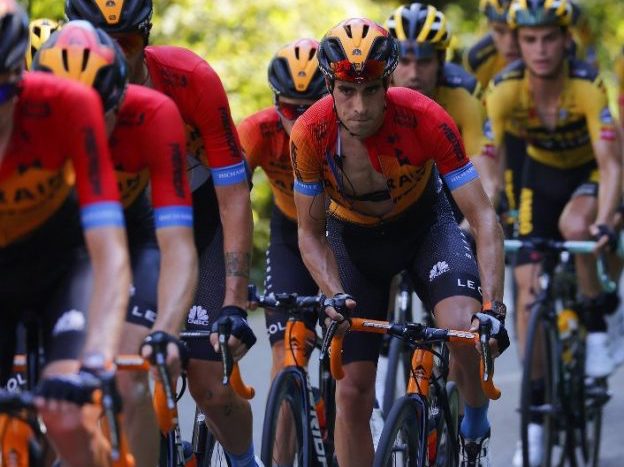 Instead of waiting until the final climb, Bahrain McLaren sent their heavies onto the front of the pack on the Col de la Madeleine during stage 17 of the Tour de France as they looked to vault team leader Mikel Landa onto the podium.

However, they failed to get rid of anyone important and Landa faded when his teammates finally ran out steam on the steep final of the Col de la Loze.

“In the end I just ran out of gas,” Landa said after the stage. “I couldn’t follow alone the rhythm of Jumbo-Visma or the others. I didn’t have my best day. The chances to do something are running out, and today was one of the best opportunities, so we wanted to try and see what happened. I was suffering at the pace [set by the team], but the others were suffering, too. You had to try.”

“We used all the power of the team, we all did the maximum effort, and the result was not what we expected but we cannot ask for more from the team. We tried until the end, and tomorrow we will also try to make a surprise. It’s going to be difficult but we have one more opportunity,” Pello Bilbao added.

“Tomorrow is complicated, especially after the effort of today, and nearly three weeks of racing, things could be chaotic tomorrow,” he said. “It won’t be easy to attack.”