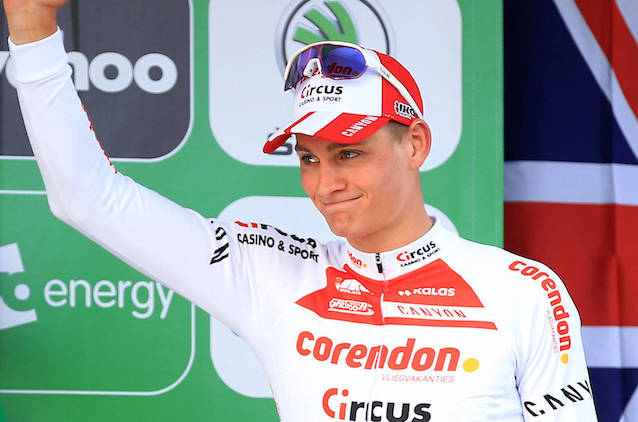 Mathieu van der Poel’s team Corendon-Circus wants to make its Grand Tour debut next year at the Vuelta a Espana.

In 2020, the Spanish race will start with three stages in the Netherlands. “That’s a concrete goal of our team”, says sports director Christoph Roodhooft.

A Vuelta participation is one of the many goals for the Belgian team for next season. Leader Mathieu van der Poel wants to become world cyclo-cross champion, will ride a spring classics campaign and then gets on a mountain bike towards the Olympic Games in Tokyo. Then the Vuelta will start on 14 August 2020 in Utrecht.

Roodhooft realises that there is still work to be done if Corendon-Circus is to start in the Vuelta.

“We want a number of riders. These riders have to take some of the wind out of Mathieu’s sails, both in mountain biking and road cycling”, Roodhooft says. Possibly the core of the team will grow to 25 riders.

Van der Poel had an outstanding 2019 season in which he finished in the fourth position of Gent-Wevelgem, won Dwars door Vlaanderen, took the fourth place at the Ronde van Vlaanderen, won the Brabantse Pijl and the Amstel Gold Race and took the overall victory at the OVO Energy Tour of Britain.