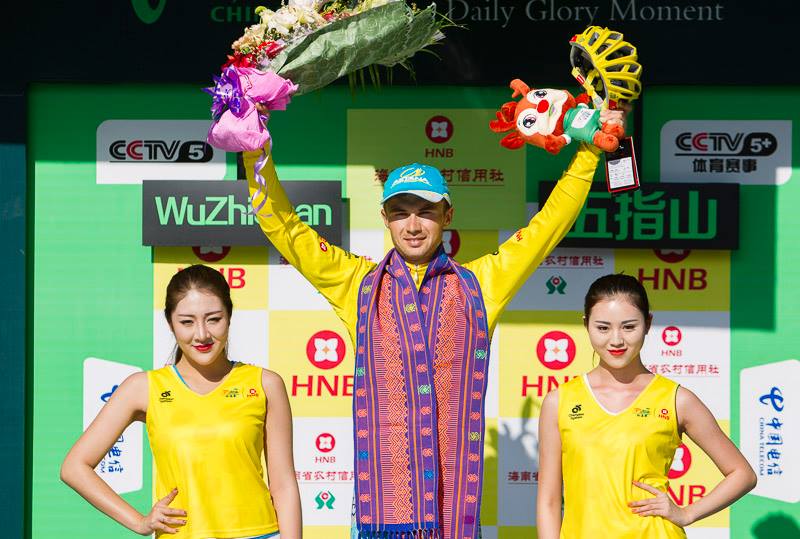 Alexey Lutsenko (Astana) won stage 8 at Tour of Hainan as he extended his overall lead.

“On the last KOM, I wanted to attack,” explained Lutsenko following his third victory of the season, which also included a Paris-Nice stage win in March. “I was joined by a small group that I wanted to take to the finish, but a chase group caught us and we all went to the line together.

“I want to thank my teammates, because in the last kilometre I had two riders (Dmitriy Gruzdev and Daniil Fominykh) leading me out and giving me big support, otherwise I would have been racing a lot of good sprinters and it would have been very difficult. This win is because of my team.”