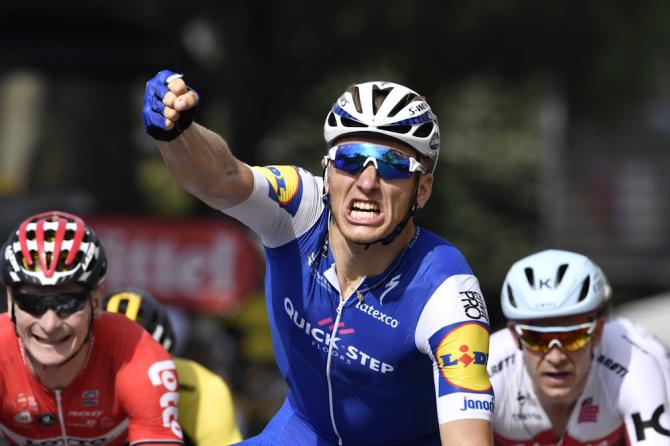 Marcel Kittel burst through to win a bunch sprint at the end of the sixth stage of the Tour de France on Thursday.

The German sprinter looked to be struggling as the leaders roared towards the finish in Troyes but ended up winning the sprint comfortably for his 11th Tour stage victory.