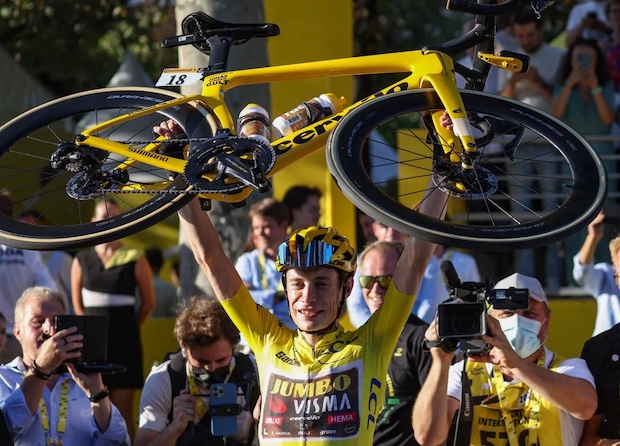 Jumbo-Visma will switch to SRAM from next season, according to industry sources.

It seems that SRAM offered a sponsorship amount that Shimano didn’t want to compete with. The team is now also free to switch to another manufacturer for various other products, such as the shoes. There is still an ongoing contract with Lazer helmets.

Since the foundation of the Rabobank team in 1996, Shimano has been involved in the Dutch team as an equipment sponsor.

Even when the team had to run as Blanco after 2012, Shimano remained loyal to Richard Plugge’s team during this difficult period. Because Shimano’s European headquarters has been located in the Netherlands for many years, there have always been strong ties between the team and the company.

After SRAM made an offer last summer to become Jumbo-Visma’s new sponsor, Shimano said last week that this amount was too high for them. The Japanese company is sponsoring eight WorldTour teams this year, there are also seven WorldTour teams that pay for the Shimano groups themselves.

Trek-Segafredo and Movistar are already on SRAM from the WorldTour teams. Campagnolo works together with AG2R Citroën, Cofidis and UAE Team Emirates. Rumour is that UAE Team Emirates may switch to Shimano next year.