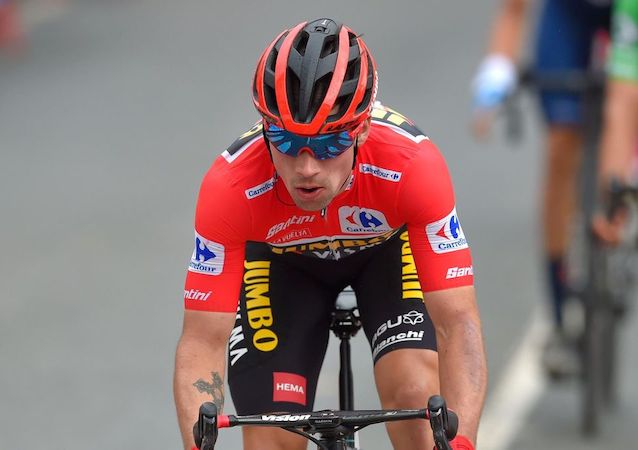 Jumbo-Visma has revealed its selection for the 2021 Vuelta a Espana and the defending champion Primoz Roglic will be supported by Steven Kruijswijk and Sepp Kuss, among others.

In addition to Kruijswijk, Koen Bouwman, Robert Gesink, Sam Oomen and Lennard Hofstede are also present in the Dutch team for the Vuelta. Nathan Van Hooydonck is also part of the Jumbo-Visma eight.

It is also again the last chance to win a grand tour for the Jumbo-Visma and its leader. Roglic could join a select club of riders that won the Vuelta for 3 consecutive editions. The last rider to do that was Roberto Heras between 2003 and 2005.

Tadej Pogacar will miss the Vuelta and the toughest competition for Jumbo-Visma will come from a Team Ineos side that is bringing Egan Bernal, Richard Carapaz and Adam Yates.

Buenos días! Get on the Vuelta train🚂 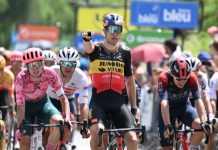