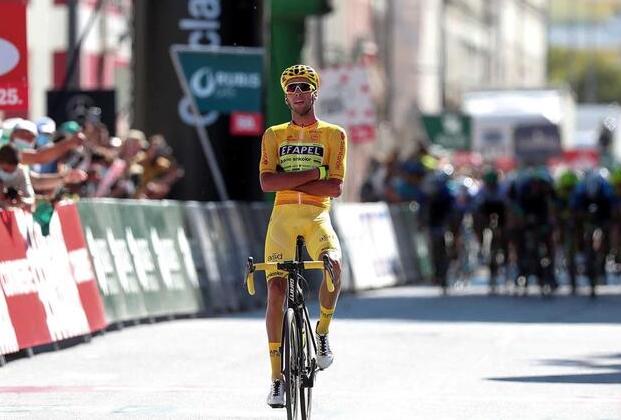 Rafael Reis claimed his second stage win in a row in the Volta a Portugal after he attacked on the final descent of stage 1.

After the prologue on the first day, the Portuguese race continued with a 175.8 kilometer stage from Torres Vedras to Setúbal. The hardest part of the stage was at the end with the climb Alto da Arrábida, a climb of 6.5 kilometers with an average rise of 4.8%.

On the descent to Setúbal after the final climb, race leader Reis tried to surprise the peloton and he really did it, taking his second victory in a row.