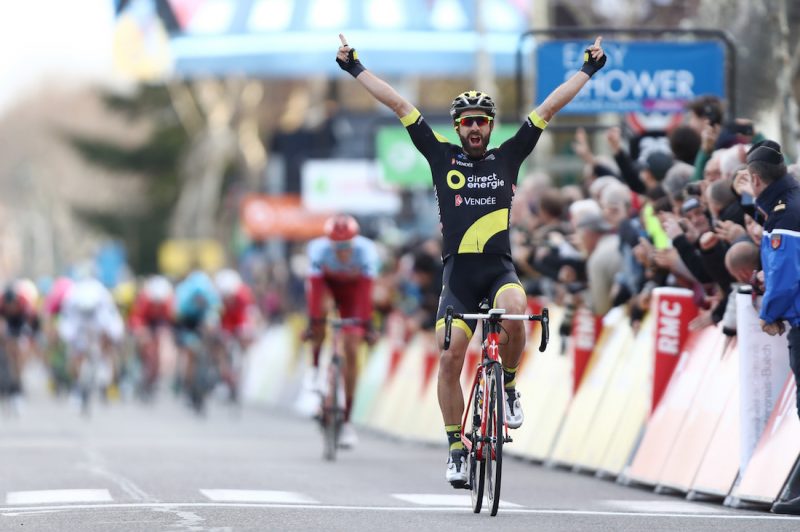 Jerome Cousin (Direct Energie) won the fifth stage of the Paris-Nice by beating Nils Politt (Katusha-Alpecin) in a sprint Thursday.

After Cyril Gautier and a few others had been felled in a crash, Cousin launched his attack with 200 meters to go to finish two seconds ahead of Politt. Andre Greipel (Lotto Soudal) was four seconds behind Cousin in third place.

The 165-kilometer stage from Salon-de-Provence to Sisteron in southeastern France featured three modest climbs and a tough one up Col de Lagarde d’Apt.

“I knew that I had the legs to win this stage,” said Cousin. “But I had big cramps on the last climb and I saw that he was strong on the flat.

“Ten days ago, I didn’t even know that I was going to take part in the Paris-Nice. I was the last man in the team. I have the polka dot jersey (for best climber), that was the goal of the day. Victory on the stage is the icing on the cake.”