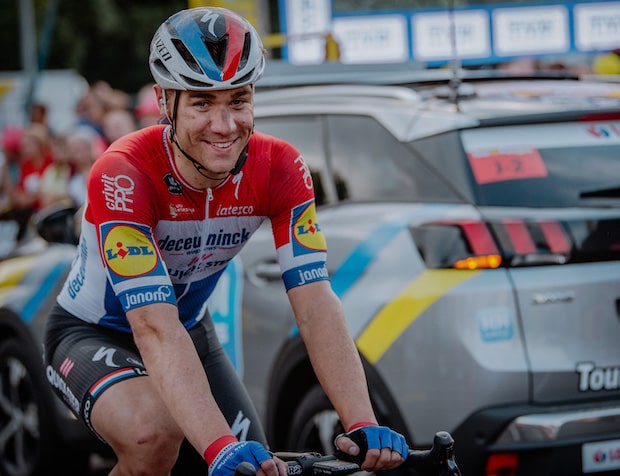 (Reuters) – Fabio Jakobsen, who was put in a medically-induced coma after crashing at the finish line in the Tour of Poland‘s first stage on Wednesday, is awake and in good condition, tour organizers said.

Jakobsen was trying to jostle into position with Dylan Groenewegen in the final metres of the race, but the pair collided and Jakobsen crashed into the barriers, hitting a race official. The 23-year-old was taken to hospital and underwent facial surgery.

“We have good news from the hospital in Sosnowiec! @FabioJakobsen is awake now from the coma. Condition is ‘good’,” tour organisers said on Twitter.

The hospital in Sosnowiec, southern Poland, said that Jakobsen will have to go through a long rehabilitation process, but his condition is good and he does not show any neurological symptoms.

“The patient is conscious, follows orders, is disconnected from the ventilator, so he is breathing alone,” the hospital’s director told a news conference. “I think that if he survived such a fall, he will return to sport for sure,” he added.

Cycling’s governing body, the UCI, had issued a statement strongly condemning the “dangerous behaviour” of Groenewegen, accusing him of causing the crash and disqualifying him from the race.

On Friday, Groenewegen apologised for his actions.