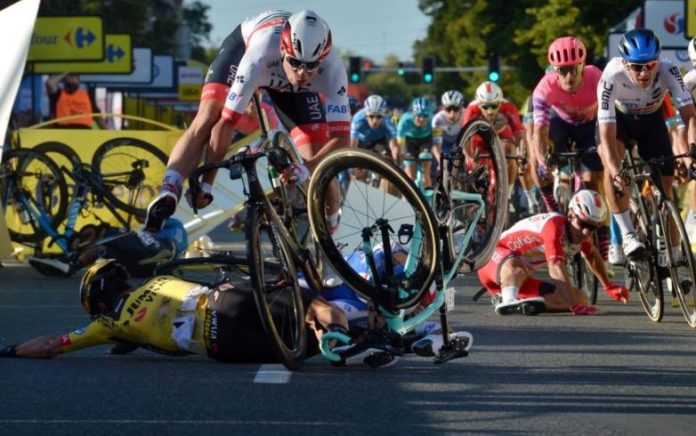 A massive high-speed crash disrupted the finish of the opening stage in Tour of Poland as Dylan Groenewegen (Jumbo-Visma) and Fabio Jakobsen (Deceuninck-Quick-Step) battled in the final meters.

Footage showed Jakobsen racing elbow-to-elbow with fellow Dutchman Dylan Groenewegen as both men frantically tussled in a tight sprint to the line in Katowice.

However, Jakobsen came off worst, falling into and over the barriers before colliding with a photographer after Groenewegen had veered to the right, squeezing his rival into the security wall.

“Our rider @FabioJakobsen is being tended to by the doctors after his crash in #TDP20,” tweeted his team. 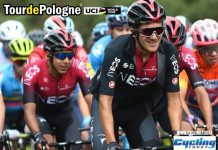