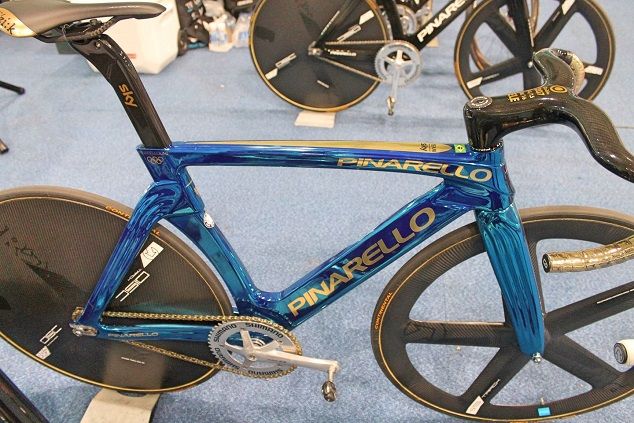 Last week, Viviani was among the star attractions at the inaugural Revolution Champions League. Viviani paired up with Peter Kennaugh for the opening round in Manchester and he was hard to miss out on the track, thanks to the stunning custom Pinarello Maat track bike he was riding for the three sessions.

The metallic blue aero frame had no shortage of gold touches, while a gold helmet and gold shoes ensured the Italian’s Rio 2016 achievements.

Take a look at the pictures in the photo gallery.