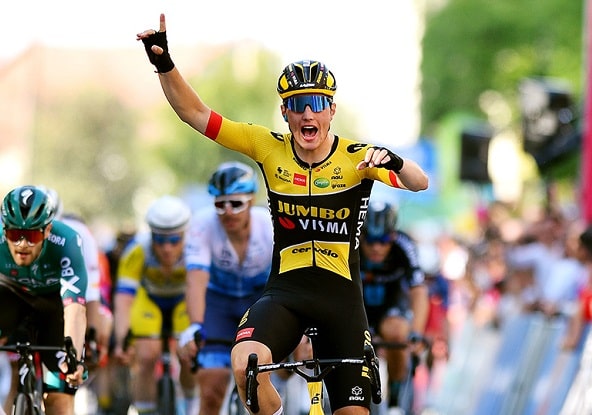 Olav Kooij took the victory in the opening stage of Tour de Hongrie after a bunch sprint in Székesfehérvár.

Trek-Segafredo managed to put Matteo Moschetti in prime position for the sprint but the Italian was no match to Olav Kooij who launched his sprint on the opposite side of the road, and managed to hold off Elia Viviani who finished second in the stage. Matthew Walls completed the podium.

“It was a pretty quiet day, so you know it will be very hectic at the end”, said Kooij.

“As a team, we took good positions in the final and the guys dropped me off perfectly. That allowed me to ride a good sprint, with victory as a reward. I had to go full speed because they came up fast behind me. With many good sprinters at the start, this victory is obviously very nice.”