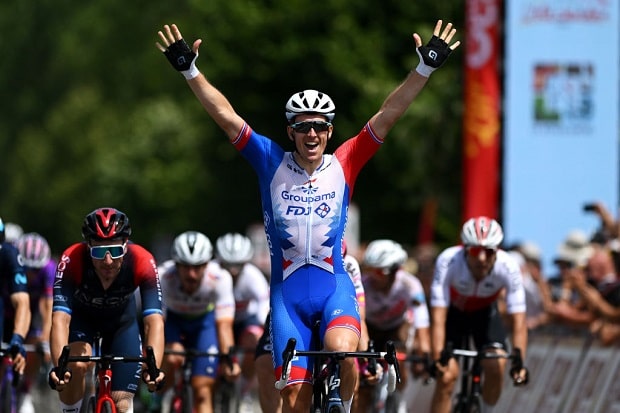 Arnaud Demare scorched to victory in the opening stage of Route d’Occitanie after he held off Pierre Barbier and Elia Viviani.

“I’m really happy to win,” Demare said. “It was very hot out there. We were measuring our effort because the heart rate really shot up on the finishing circuit. It felt like the peloton rode in slow motion most of the day because we were all affected by the temperatures.”

It was the Frenchman’s first race back since winning three stages at the Giro d’Italia.

“I was tired from that and came here to help get in shape for the national championships,” he said of his next objective.

Route d’Occitanie continues tomorrow, with stage 2 finishing at the hilltop village of Roquefort-sur-Soulzon.