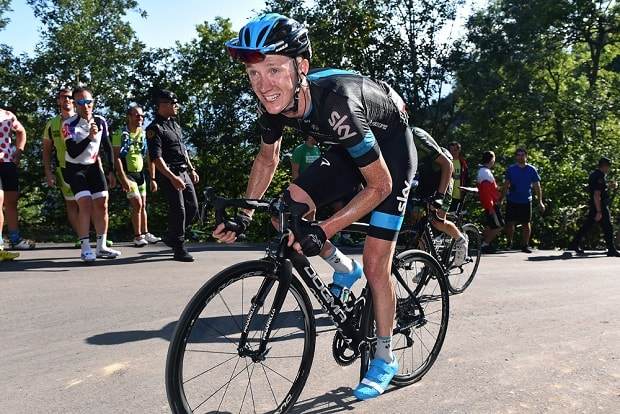 A two-year deal for the 2018-2019 cycling seasons puts Ian Boswell in position to be the first American rider on the Katusha-Alpecin squad.

Boswell, age 26, hails from Bend, Oregon where he was active in a variety of sports throughout his high school career. He gained early cycling experience at Bissell (2010) and at the Axel Merckx-led Trek-Livestrong team in 2011-2012, where he took podium places in both the Tour of Utah and Tour De L’Avenir and honed his skills as a climber.

Since 2013, Boswell has ridden with Team Sky, where he has continued to add to his palmares, earning 5th in the 2017 Tour of California as a team leader and overall winner in the Hammer Series with his team.

“I am really happy to have Ian Boswell with us. He brings a lot of experience with him and I believe in him. The time has come that Ian can make the shift from his domestique role to one as a leader. The reason why we’ve contracted him is because we trust him. In five years with Team Sky he shown to be reliable, and also in three Grand Tours. In this year’s Tour of California he showed no problem in assuming the role as a leader. We haven’t seen the best of Ian yet. Ian is not only loyal, but strong and promising as well,” said general manager José Azevedo.

“I am very excited about Katusha-Alpecin. After 5 years in the same team, it is a big but important step for my own development. The talks with José Azevedo were very good from the beginning and I liked where he sees me as a rider. I hope to bring my experience into the team and look forward to race with strong riders like Ilnur Zakarin or Simon Špilak. And of course, also to be able to ride for the victory one time or another for myself,” said Ian Boswell.

These WorldTour riders are without a contract for 2022