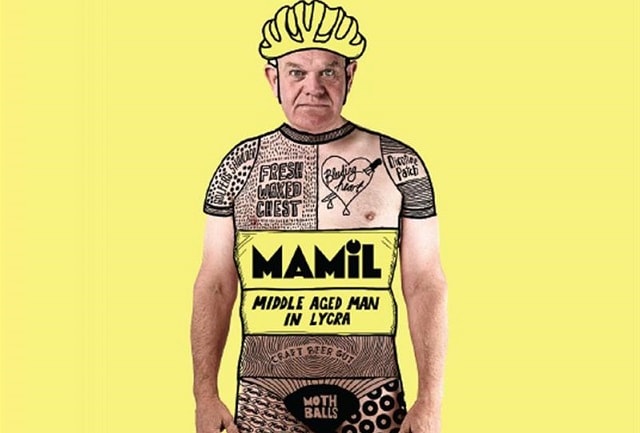 A new study by the University of East London found that men taking up cycling in middle age is not a form of mid-life crisis.

Here’s an excerpt from this study published on theconversation.com:

“The men’s experience of this Mamil culture could be summerised in three main ways. The first we named ‘Mastery and uncomplicated joys’. The men explained how green-cycling gave them a range of challenges to complete, from climbing steep hills to covering long distances. This offered a double reward in the form of a feeling of achievement and, with this, a growing feeling of confidence that encouraged them to explore nature further.

We called the second theme “My place to escape and rejuvenate”. This describes how the physical activity of green-cycling combined with the change of scenery to an immersive, more natural environment felt like a restorative process. Green-cycling represented an opportunity to get away from the concerns and worries of their lives back at home.

The final theme was “Alone but connected”. This draws attention to the idea that while the men may cycle in groups, they were not under pressure to engage with their fellow riders. This was important because for them, the benefits derived from green-cycling were most potent when it was done alone. But that didn’t mean there was no space for camaraderie and bonhomie, with the men instead taking to online social networks to interact with other cyclists in a relaxed environment.

Our findings contradict the popular view of a Mamil as someone going through a mid-life crisis, with riding substituting the roar of a sports caror other interests associated with men of a certain age feeling life is passing them by. The research also contrasts with the idea that cycling is a way for men to compete in a new activity that the ageing process will not take away so quickly as the sports they grew up playing.”