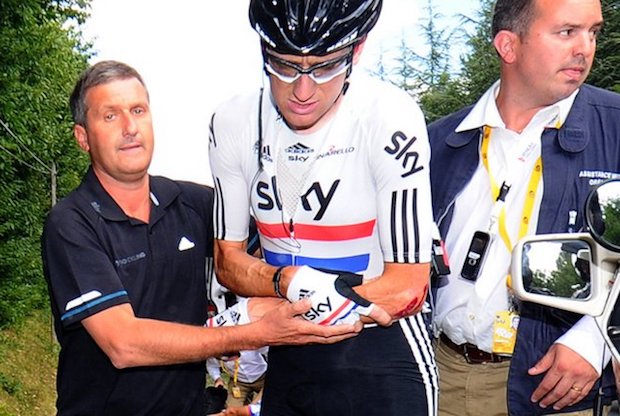 Former Team Sky and British Cycling doctor Richard Freeman had admitted to previously telling “lots of lies” but is now ready to tell the truth, his medical tribunal has heard.

Freeman was charged with ordering testosterone in 2011 to boost the performance of an unnamed rider.

He will say the 30 Testogel sachets were not for an athlete, but were ordered for medical reasons for former British Cycling and Team Sky coach Shane Sutton, who has denied the claim.

Freeman attended the preliminary discussions for the rescheduled independent medical tribunal, which will start on November 5 in Manchester.

British media outlets reported his QC Mary O’Rourke told the hearing he had previously “told a lot of lies and he couldn’t bring himself to tell the truth, even to his lawyers”, before submitting a witness statement last month that revealed the real story.

Following a General Medical Council investigation, Freeman was charged with ordering testosterone to the National Cycling Centre in Manchester in 2011 from Fit4Sport Limited.

He is facing 22 allegations in total, including administering testosterone, making false statements and asking the supplier to falsely claim the order had been sent in error.

Freeman resigned from British Cycling in 2017 because of ill health after eight years with the organisation.

He is expected to admit he made false statements in originally denying he made the order.