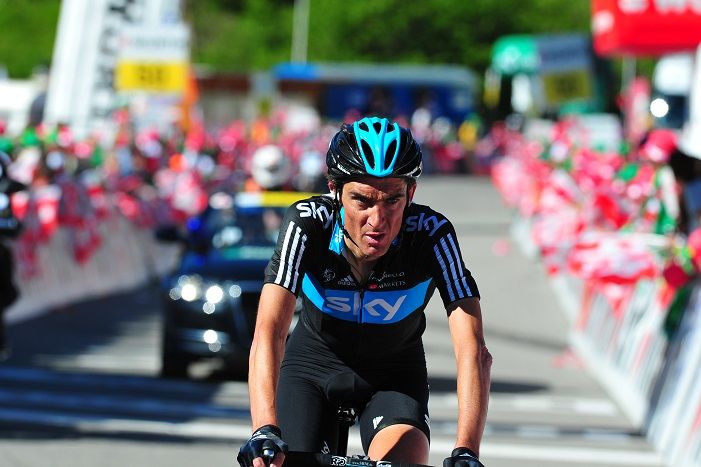 Canadian former pro Michael Barry says that he expressed concerns about the use of powerful pain killers and sleeping pills at Team Sky.

Having departed Team Sky in 2012 after his doping during his US Postal days became clear, Michael Barry told The Telegraph that he thinks Team Sky puts results before riders’ best interests and that the British team has been “unethical” in providing painkiller tramadol to its cyclists in races.

“It is a health issue,” Barry said. “Taking care of athletes should be a team’s priority. Instead everyone involved has a ‘bias’ [agenda], from the mechanics to the team directors — everybody’s jobs are reliant on the athletes’ performances, so priorities are skewed, and people will do whatever they can to gain an edge, whether pharmaceutical or technological. But this wasn’t just a problem at Sky. It’s a problem for the sport in general.”

Specifically on his time with Team Sky, he said he was concerned at the use of the pain killer Tramadol and sleeping pills and said he had raised this with the team.

“I asked if one doctor would ever give the pill [Tramadol] to a patient under similar circumstances in an office setting. He said no,”.

“I asked if he was concerned about what would happen if a rider crashed and it was found he had a drug in his body which normally came with a warning that it should not be consumed while operating a vehicle. He was silent.

“I asked how he would feel if insurance wouldn’t cover a rider who had crashed with the drug in his system. He was silent.

“I asked how he would feel if that rider died. Silence, again. I suggested that the team should maintain an inventory of the drugs given out at each race and pass it along to the doctor at the next race. To my knowledge, that was never done.”