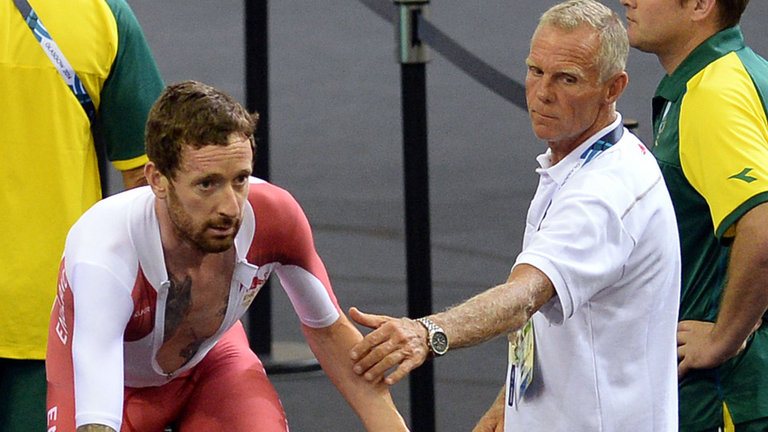 Ex-head coach of British Cycling and Team Sky Shane Sutton walked out of his appearance at the Richard Freeman medical tribunal after Freeman’s lawyer called him a “doper” and a “serial liar,”.

The medical hearing being held in Manchester has been investigating allegations that former Team Sky doctor ordered banned testosterone patches to the Manchester Velodrome in 2011 to improve the performance of an athlete.

Freeman, who had initially denied any knowledge of the testosterone, has now admitted ordering the drug but claimed it was for Sutton’s personal use to combat his erectile issues.

That idea was angrily dismissed as Sutton turned on O’Rourke (Freeman’s lawyer) and blasted: “You are telling the press I can’t get a hard on. My wife wants to testify that you are a bloody liar.”

At the height of the furious exchanges, Sutton, who slammed his fist down on the table in front of him at one point, claimed he was being “dragged into a s***-fight”.

Sutton said it was O’Rourke, not him, who was the “bully” and was “accusing me of all kinds of things”.

O’Rourke told the hearing that Sutton was “a habitual and serial liar, a doper with a doping history”.

In turn, Sutton accused Freeman of being “a spineless individual” and maintained he had no knowledge of the delivery, suggesting he was willing “to swear on my three-year-old daughter’s life” he was telling the truth.

“My career spanned 100 tests. Every one was negative. You have called me a serial liar but I am prepared to take a lie-detector test,” Sutton said.

“I thought (Freeman) was a bloody good doctor and a friend. But he isn’t prepared to look his friend in the eye.”

The hearing then produced a further bombshell when O’Rourke claimed there was witness testimony that Sutton stored testosterone vials in his fridge, which was provided by an anonymous whistleblower during the Department of Culture, Media and Sport report into doping in sport in 2017.

O’Rouke then read out a text from Sutton to Freeman: “Be careful what you say, you won’t be the only person who gets hurt.”

Freeman was implicated in the initial “jiffygate” probe which followed the delivery of a package to Wiggins during Criterium du Dauphine in 2011.

After a 14-month inquiry by UK anti-doping, which saw Freeman claim his computer containing all the relevant medical information had been stolen when he was on holiday, the case was ended.