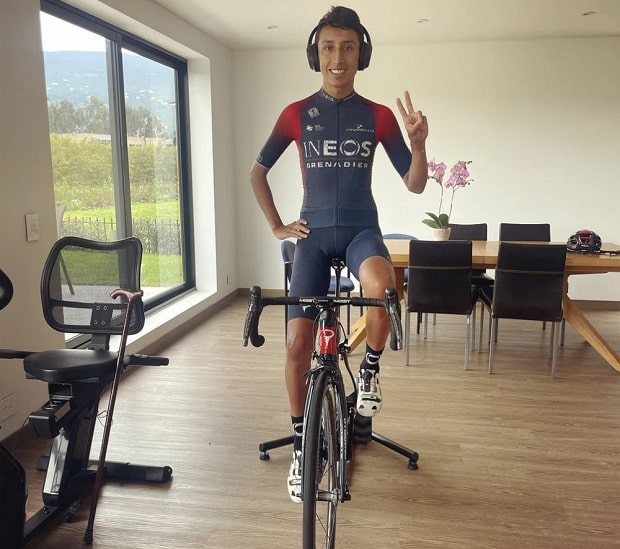 Egan Bernal posted a picture on social media of himself training on a stationary bike, weeks after injuring his spine, legs and chest in a training accident that left him needing neurosurgery.

Bernal, who became the first South American to win the Tour de France in 2019 and added the Giro d’Italia to his list of achievements last year, crashed on Jan. 24 near Colombia’s capital Bogota.

The 25-year-old said he had a 95% chance of becoming a paraplegic following the accident. He left the hospital in February.

“Guess who is back on his bike,” Bernal wrote in a post on Twitter, which accompanied a photo of him sitting on a stationary bike in training gear. “As long as there is faith, everything is possible.”

“Egan is a top-level sportsman and his recovery skills are also above average,” Artexte told Italian newspaper La Gazzetta dello Sport. “He is working to get back as soon as possible. It could be 2023 but also the end of this year. We must not rule it out, far from it.”

Bernal was the youngest rider to win the Tour in more than a century and recently extended his contract with the Ineos Grenadiers team to 2026.