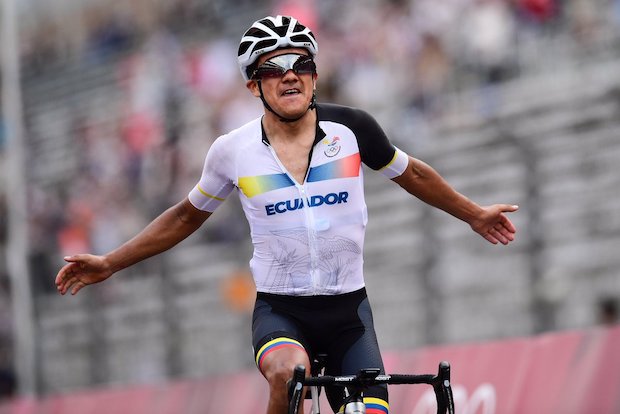 The sport of cycling has a long and rich history beginning in the mid-1800s. Cycling started to be taken up by the public first as a leisure pastime and then as a competitive sport as bicycles grew more and more inexpensive. That popularity has grown steadily throughout the last 120 years and seen the evolution of the sport into two distinct competitive traditions, both with Olympic credentials. But what exactly are the different types of Olympic cycling? In this article, find out more about the history of Olympic cycling and how different forms are so popular today.

The history of Olympic cycling

Cycling has a long and intriguing Olympic history. It is among the few sports that have featured in every modern Olympic Games. Despite the fact that cycling has been an Olympic sport for a long time, there was never a constant Olympic cycling schedule in the early years, with events shifting from year to year.

The Munich Games of 1972 saw the end of a remarkable Olympic tradition in that it was the last Games to feature a tandem competition. That year, there were two road cycling events and a further five track events, but the competition was closed to women. That changed in 1984 with the first Olympic women’s cycling event, in the form of an individual road race with a range of great races and results, the competition was won by Connie Carpenter.

Over the years, the Olympics have showcased the changing technology that nations have employed in an effort to gain an advantage. At the 1988 Seoul Olympics, it was the FES bike used by the West German team that stood out, featuring a smaller front wheel that was intended to boost aerodynamics. That Summer Games also featured the remarkable Christa Luding-Rothenburger, who in addition to being a top cyclist, was also a speed skater. Christa picked up a silver medal in Seoul, having won two medals earlier that year at the Calgary Olympic Winter Games, making her the only athlete to win a medal at both versions of the Olympics in the same calendar year.

The different forms of Olympic cycling

The sport of cycling has been gaining ground among UK sports fans and enthusiasts in recent years, and there is also a growing trend of sports betting fans trying their hands at cycling events through online betting sites. Particularly around the time of major cycling competitions, many fans often place bets online on their favourite cyclists during the intense competitions which proves to be a popular way for fans to immerse themselves in the sport.

The two different forms of Olympic cycling include track racing and road racing- both of which involve the use of lightweight cycles on hard surfaces and are incredibly demanding, but each has different needs and different strategies. Track cycling is almost an entirely different sport from road cycling, with the former often – but not exclusively – putting the emphasis on explosive speed and strength and the latter focused on the kind of stamina and tactical awareness that is most famously displayed in major events such as the Tour de France.

Currently, track cycling accounts for 12 different events in the Summer Olympic Games, though there has been a wide range of different track events over the years, with all kinds of inventive formats, featuring teams, duos and individuals and some of the best Olympic track cyclists of all time! Great Britain has an excellent record in the track cycling world, leading the way with an all-time tally of 36 Olympic golds, and Team GB was once again among the medals at the 2020 Tokyo Olympics, winning three goals, three silvers and a bronze.

Great Britain’s recent dominance of the track racing events can be traced back to the 1992 Olympics, in Barcelona, when Chris Boardman claimed the first British cycling gold medal for 72 years. Boardman caught the public’s imagination with an extraordinary new cycle design, created in conjunction with the Lotus car company, which heralded the beginning of a new era of cycle building and of cycling popularity in Great Britain. There are now over 7 million Brits who cycle, and the widespread enjoyment of cycling promises to continue to support our Olympic success in these events.