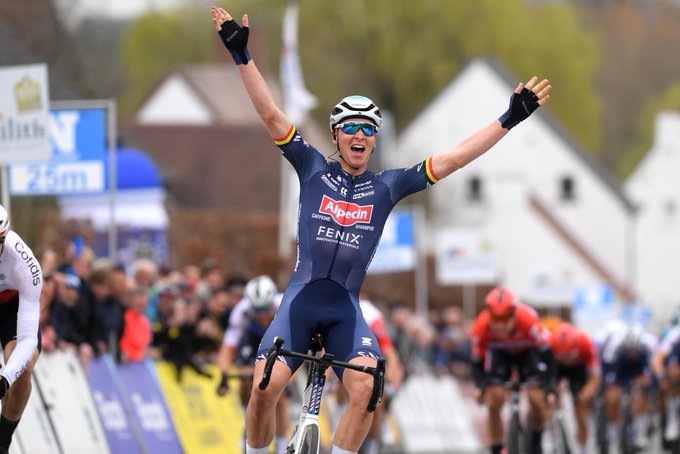 “This is my home race – for the public it was great, there were many people out there,” Merlier said. “There was some pressure – when I raced it was like racing worlds in Leuven last year, there was so much atmosphere and everyone wanted me to win because I’m from here.

While Groupama-FDJ looked to have positioned Bram Welten in the best position, he faded in the final kilometer, before the final left turn.

Merlier was the best-positioned rider onto the final straight when he came off of Walscheid’s wheel and held him all the way to the line, seemingly with ease.