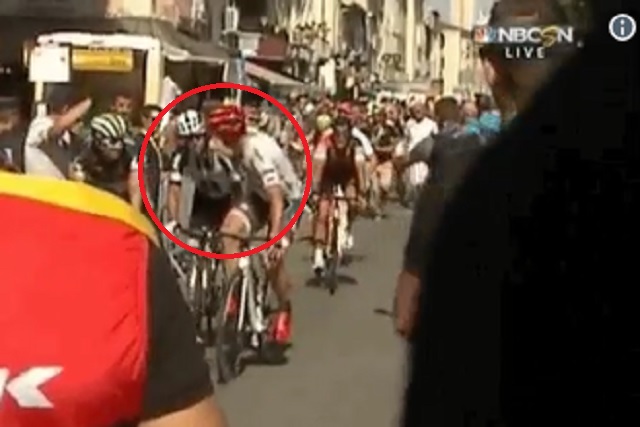 Michael Matthews accused John Degenkolb of being a poor sport after his angry reaction to being beaten in a sprint for the line at the end of a windy 16th stage of the Tour de France.

In the sprint to the line he edged out Edvald Boasson Hagen (Dimension Data) and Degenkolb, who clashed with Matthews as the riders came to a stop, accusing him of veering towards him on the high-speed dash for the line.

“He grabbed me by the neck. The officials saw that. I don’t know what they’re going to do about it,” Matthews  said. “It was not very sportsmanlike.”

Degenkolb gesticulated at Matthews as the pair crossed the line, appearing to indicate that he felt the Australian had pushed him dangerously close to the barriers.

“From my perspective I didn’t do anything wrong,” he said. “I started my sprint and sprinted in a straight line. I don’t know what’s wrong with him, but that’s up to him.

“If I had done anything wrong the race officials would have told me.”