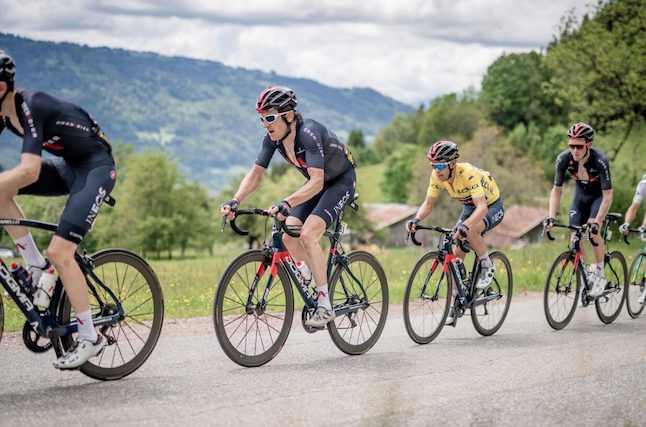 Ineos Grenadiers has revealed the eight-man squad for the Tour de France. The spearheads in the selection are Richard Carapaz, Richie Porte and Geraint Thomas. Tao Geoghegan Hart is also part of the team.

“We won’t win this Tour by sitting in the wheels. We have the team to make it a racers’ race, take the initiative, seize every opportunity and make our opposition focus for every kilometre of every stage,” Brailsford said.

“We have changed our race philosophy this season to being more open and aggressive. Our performances have built all season and a joy of racing has infused the whole team.

“This more adventurous approach has led us to fearless racing and this is exactly how we will hit the Tour. We will seek out every moment in every stage where the race is on and try to exploit it. Key for us this Tour is our collective strength and camaraderie to the end. Expect the unexpected.”

Richard Carapaz is the 2019 Giro winner and in the build-up to the Tour de France, he won the Tour de Suisse. Richie Porte was on the the final podium in 2020 and is starting his eleventh Tour. The Australian recently won the other preparation race, the Dauphiné.

Porte was joined on the final podium of the Dauphiné by his teammate Geraint Thomas, who finished third. The Briton won the Tour in 2018 and is also going for his eleventh participation. Tao Geoghegan Hart has also been on the podium of a Grand Tour. The Briton won the Giro d’Italia last year, but was unable to take a win this season. It will be his Tour debut.

The other names in the squad are Jonathan Castroviejo, Dylan van Baarle, Michal Kwiatkowski and Luke Rowe. The Tour de France starts next Saturday in Brest.