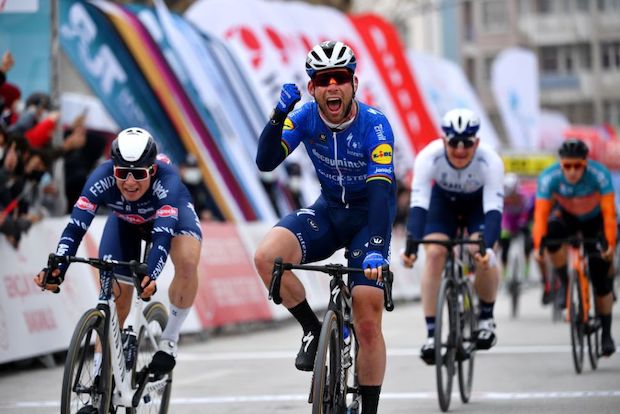 Mark Cavendish won the second stage of the Tour of Turkey, a 144.9-km ride around Konya, to end a three-year dry spell on Monday.

The Briton outsprinted Jasper Philipsen to raise his arms in celebration for the first time since winning the third stage of the Dubai Tour in February, 2018.

“It’s incredible, it’s really, really nice. It’s super nice. I never get tired of that feeling,” Cavendish said.  “Turkey is not the Tour de France but to beat Jasper and André isn’t easy.”

“We didn’t do exactly what I wanted with the guys, we still burned up too many guys early. We’re here only with six riders and Fabio [Jakobsen] is not able to go deep into the finales so we only have five guys. We had to be conservative, but we didn’t do it really. But everyone committed which is the main thing”.

The victory gave Cavendish the overall lead in the race after he also came fourth on Sunday’s opener.