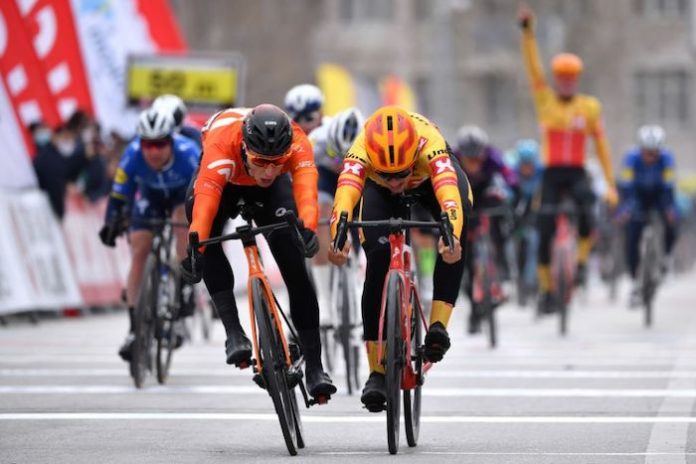 Arvid de Kleijn of Rally Cycling won Sunday’s opening stage in a photo finish to beat Kristoffer Halvorsen in the first day of racing in Tour of Turkey.

After an unseasonable snowstorm Saturday, Tour of Turkey organisers announced they would have to cancel the opener, a mountainous run to 1500m altitude at Urgup in the centre of the country. But they then salvaged it by switching the venue and staging a short, flat race instead.

Mark Cavendish came fourth, stepping off the gas when he saw he could no longer win.

Fabio Jakobsen suffered some moments of anguish in the heat of the action on his return to racing, eight months after a horrifying, life-threatening high-speed crash.

The 24-year-old was given a standing ovation at the start of the race after fighting his way back from his injuries which included several skull fractures as well as losing all his teeth at the Tour of Poland last year.

Monday’s second stage is a 144.9km circuit that will begin and end in Konya.