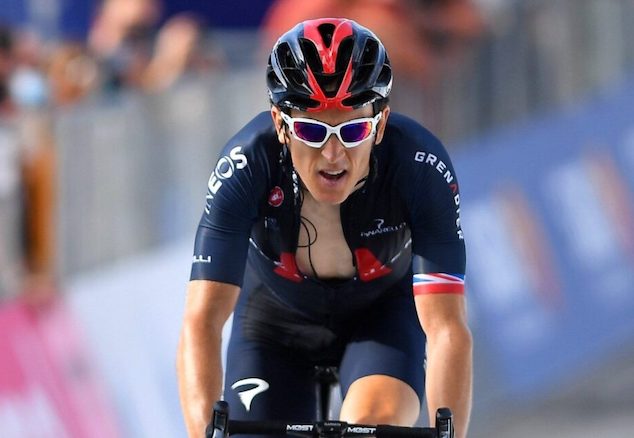 (Reuters) – Off the pace in the Tour de France, Ineos Grenadiers have the perfect launchpad to rebound at the Giro d’Italia in Saturday’s opening time trial, says Bradley Wiggins.

The 15.1km individual time trial in Palermo looks made for Italian speedster Filippo Ganna who was unstoppable at the recent world championships at Imola.

Ineos were criticised for their performance at the Tour where reigning champion Egan Bernal abandoned after 16 stages having lost 19 minutes to then race leader Primoz Roglic.

But with Ganna ready to give them a flying start at the Giro and Britain’s Geraint Thomas a leading favourite to wear the maglia rosa in Milan, Wiggins says his former team are ready to show they are still top dogs in the peloton.

“I think Ganna will win the opening time trial, but that will suit Ineos because he can then keep the jersey warm for Geraint Thomas,” Wiggins said. “Ganna actually may win all three time trials at the Giro because he has been unstoppable really in the TTs.

“I think that opening time trial will be two races, one for the stage win and one between Geraint and his GC rivals, it will be interesting to see the time gaps.”

Thomas, 34, was left out of Ineos’s Tour de France squad after failing to find his form after the restart of the season.

Yet having him back to his best and as sole leader for the Giro is a huge boost for team boss Dave Brailsford.

“He is one of the toughest mentally I’ve ever seen,” 2012 Tour de France winner Wiggins said.

“Ineos failed to produce it at the Tour even though I know they won a stage near the end but it was probably below what we are used to seeing. But this is a different team and Geraint is in a different league to everyone else.

“I think we will see what we are more used to seeing with Ineos. I think Geraint will shine and he will win it barring anything out of his control.”