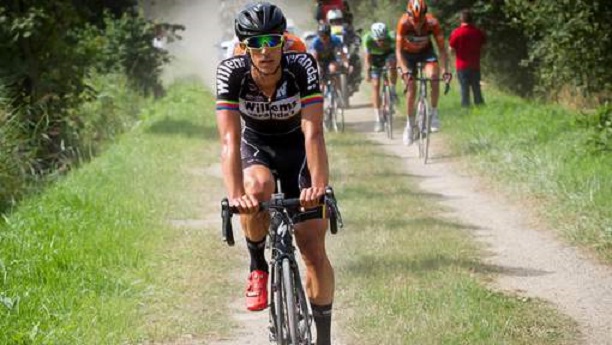 Veranda’s Willems-Crelan rider Dries De Bondt has been ejected from the Belgium Tour for riding on a footpath during the first stage.

Earlier in the season, 15 riders were fined for riding sidewalks on the first stage of the Three Days of De Panne, including Philippe Gilbert.

@ProCyclingStats @Bondteke @SniperCycling If it was Sagan, the UCI would tweet about it how great he jumped on it!

There was heated debate over the use of sidewalks and bike paths on the cobbled sections of the classics this Spring, something that has been done in the past but that race organisers and the UCI specifically targeted to eliminate this year.

However, no riders have been disqualified from races until now, even if riders like Greg van Avermaet, Peter Sagan or Sep Vanmarcke could be seen riding on the footpath in these races.