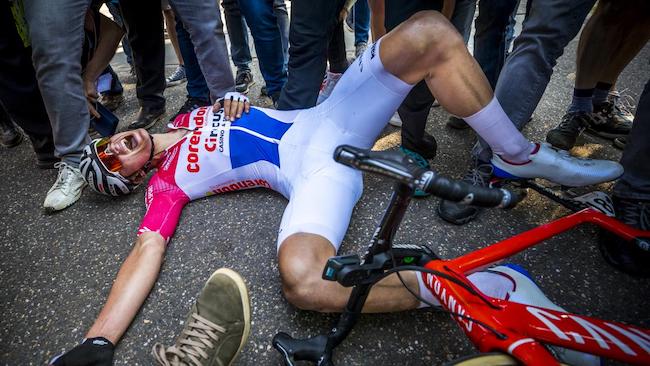 (AP) – The only Dutch cycling classic, the Amstel Gold Race, has been canceled due to the measures aimed at reining in the rapid spread of the coronavirus.

The Dutch government this week banned supporters at all sports events amid soaring rates of infections across the country.

The men’s and women’s Amstel Gold Races were to have been staged Oct. 10 after being postponed from the spring racing season because of the pandemic.

Organizers already had planned to drastically change the event, limiting riders to racing around a 16.9-kilometer circuit in the hilly southern province of Limburg instead of around a longer route that passed through 10 different municipalities.

Despite the changes, local mayors and security officials came to the conclusion that they could not guarantee that no public would attend the popular race, race director Leo van Vliet said in a statement.

”It is extremely unpleasant for the organization, which, together with the municipalities and the Safety Region, have done everything to ensure that the Amstel Gold Race proceeds safely,” said Jan Schrijen, mayor of the municipality of Valkenburg aan de Geul.