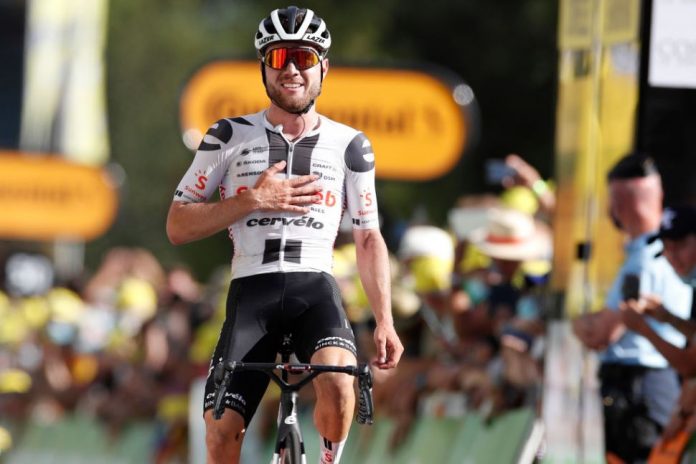 Marc Hirschi extended his stellar run this season to win the Fleche Wallonne on Wednesday.

In his first start at the race defined by the short but grueling Mur de Huy finishing climb, the 22-year-old Swiss rider went clear in the last 100 meters to win comfortably ahead of Benoit Cosnefroy. Michael Woods was third.

”It’s just brutal,” Hirschi said. ”You have to be strong in the head to get through the pain.”

Hirschi added his first win in a classic to his bronze medal from the World Championships road race on Sunday and his impressive Tour de France.

Four days after claiming the world champion’s rainbow jersey, Van der Breggen was able to follow an attack from Demi Vollering on the steep climb to the finish. Vollering ran out of gas in the final meters and Van der Breggen overpowered Cecilie Uttrup-Ludwig to prevail in the sprint.

”I think it was the closest of every year. It means a lot,” said Van der Breggen. ”This finale is incredibly hard, winning six times is crazy.”