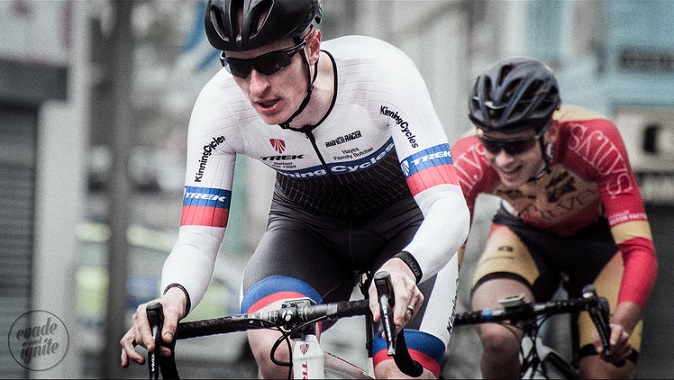 Racing bikes is super competitive. It’s almost as competitive as the competition between riders to look the best.

If you’re a cyclist reading this, and especially a roadie / racer, you’ve probably been around cycling enough to be aware of ‘The Rules’. ‘Always be Casually Deliberate’ etc, etc..

Now I’ve cycled a fair bit, and although I’m not really a sports photographer, I’ve shot enough images to have a fair idea of what seems to work and what doesn’t. Sometimes the guidelines might go against the rules, but I’m going to say them anyway, so in no particular order, let’s get started..

Get out of the saddle. Head down, ass up, that the way we like… Wait, that’s a different thing..
Anyway, when you’re in the drops and out of the saddle your body shape changes. It’s not a casual pose, but it’s certainly deliberate. If you want to look like you’re on a mission, attaque!
An added bonus for the cyclist is that no-one will ever know if that’s a photo of you are making your bid for glory, or just trying to get back on.

These might take away from the look of a bike at a standstill, but they make a big difference in a moving shot. It’s a trade-off. Zipps look really good with three decals per side, and any photographer will tell you, odd numbers and triangles are more aesthetic. Maybe have your support team bring a set of wheels for pre-race photos, and a set for race photos if necessary. Depends how much you want to look good I guess. What do you mean you don’t have a support team?

A helmet and shades are effectively a mask. Clear or lightly tinted lenses suddenly make a photo of a cyclist into a photo of a person. Think of why pre-health & safety images of the old-school riders are so much more memorable. Now obviously you can’t race without a helmet these days, but if you want to show who you are, and the intent in your eyes, get yourself a some clear lenses if the conditions allow. Yellow or orange is fine and work well in low light. You’re possibly already wearing rose tinted ones if your best racing days are behind you.

They don’t have to be completely black, but if you’re sporting shorts where the crotch area is coloured (or god-forbid, white), there’s a good chance the viewers eye is going to be attracted away from your in control steely expression / bike bling / new Rapha jersey. No one wants to suddenly realise they staring at that.

Logic would tell you to be as fresh as possible for the decisive moment at the end of the race. But for the spectator, they want to see racing at every possible opportunity. That’s where the excitement is. You notice this more in the higher level races. Almost every lap there is someone trying something, maybe a lone attack, maybe a small group of two or three is working together to stay away. Visually it’s much more engaging than watching a bunch of riders sitting on. Now I know fitness levels vary, but if you want good shots, get stronger.

White helmets always looks best. Black in theory should be fine, but just isn’t as good. I think it’s something along the lines of the clear lenses effect, ie. you look less like evil Jedi-Master, Darth Vader, and more like a friendly ‘couldn’t be evil if you tried’ Stormtrooper. Coloured should only be done if it matches your kit exactly. If not, a trip to your LBS in in order.

Bikes are as above, except that most of the time black seems to works a little better. White doesn’t work as well here because most local cyclists have legs like milk-bottles. It’s just too much white! If you have a coloured bike that doesn’t match your kit then you needs to explain to your better half that another bike will be required, assuming she / he hasn’t already left you on grounds of taste and decency. Bare in mind that changing clubs could be an option here, especially as members of your current club may want to see the back of you for bringing their kit into disrepute.

At some point try and get to the front, even if it’s just the front of your group. A photo of you leading out a bunch of guys will always look impressive to your friends. If you can make a gap so much the better! If you can do it at a point in the race where it’s unexpected, then you might get a bonus if some perplexed or pained expressions on the faces of the riders trailing in your wake. This might not do your race strategy much good, but statistics tell us that the majority of riders don’t win the race, meaning they should really focus on looking good instead.

#8. Know where your favourite photographer will be

Make friends with the guys / girls who ‘used to be top cyclists until fate / age stepped in and ruined their cycling career’. They have lots of spare cash to spend on camera gear now that used to get spent on bikes. They’re observant folk. They might be able to give you a heads up on gravel on a certain turn, or who’s socks game is on point that day and might give you a run for your money style-wise. 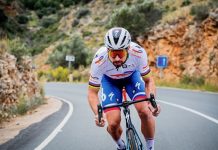 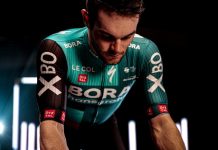