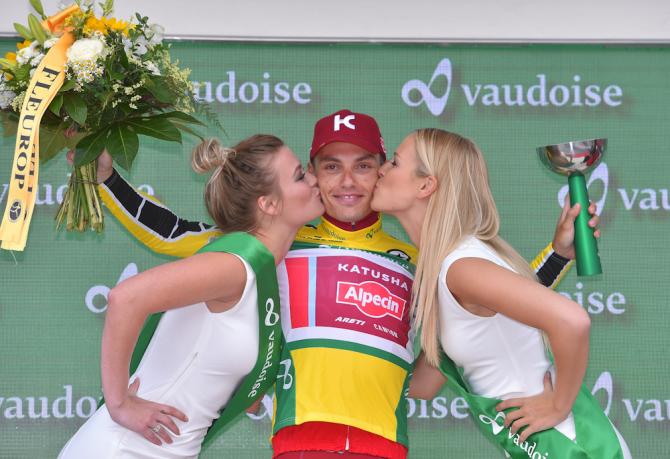 Katusha-Alpecin’s Simon Spilak made a successful defense of his yellow jersey Sunday to wrap up the overall victory in the Tour de Suisse.

“This was a very hard day and difficult TT,” said Simon Špilak. “It was harder than we expected. We did our recon of the route in the morning. By this afternoon it was so hot, but I am so happy. It is my second win here. I am happy for my teammates, too. All week all of them did such a great job. Temperature is my biggest enemy here in Suisse, but I beat the heat this time.”

Rohan Dennis (BMC) was the best at the closing time trial of the race, winning his second stage in this year’s edition.

As Rohan Dennis rolled off the ramp he made his intentions clear quickly, setting the provisional best time at the first and second intermediate checkpoints before powering across the line in 36’30”.

The current Australian national time trial champion had a long wait in the hot seat and ultimately his effort would see him secure the final stage win in Switzerland.

Stefan Küng also showed why he is fast becoming known as one of the world’s best time trialists, crossing the line 29 seconds back to mirror the results from the prologue and take second.