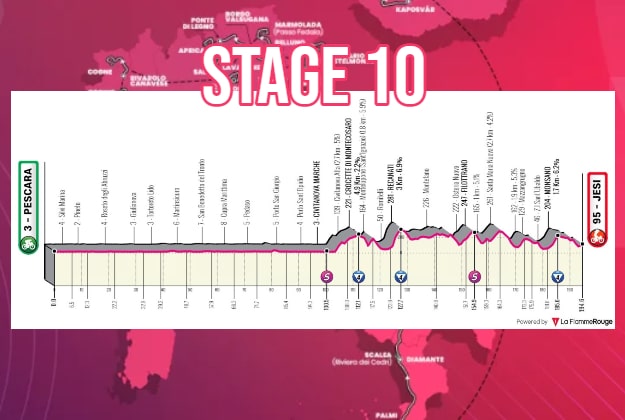 After a hard stage climbing to the Blockhaus and a restday, we return to the seaside for an easy stage made for the fastest guys. At the moment, none of them pull out of the race, so we probably will find the same contenders as in previous flat stages. The battle for cyclamen jersey continue.

The second part of the day is a much busier and harder affair. It will be up to the big sprinters’ team to control things, if not expect attack groups involving punchers will fight for the stage win. 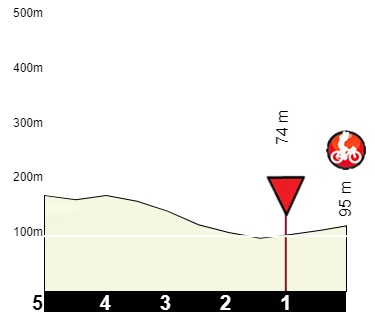 After a rest day, the sprinters will want to have a say. Now that Morkov is not here anymore, Arnaud Démare find himself with the best train and and boy can his team deliver when they have the confidence. Cavendish and Ewan will be here also, as will Mr. Gaviria and Girmay.

Mathieu van der Poel – Won the opening stage and the punchy route at the end will suit him well.

Biniam Girmay – Very close, second on stage 1 and another rider who will like the punchy route also well and is a strong sprinter.

Arnaud Demare – Won 2 stages so far and even though it is a uphill sprint should suit him.

Fernando Gaviria – Had 2nd and 3rd so far beaten by Demare on both occasions and has a good uphill sprint.

Caleb Ewan – 2nd on stage 6 but lost a couple of lead out men for the sprint.

This is it! This is the day that Biniam Girmay will take his first grand tour stage win. The bumpy terrain will favour late punchy attacks. Mathieu van der Poel will certainly be the instigator and some brave and powerful riders like Diego Ulissi and Davide Ballerini will be there. If it comes down to a sprint, finger crossed for Caleb Ewan because he needs a win.