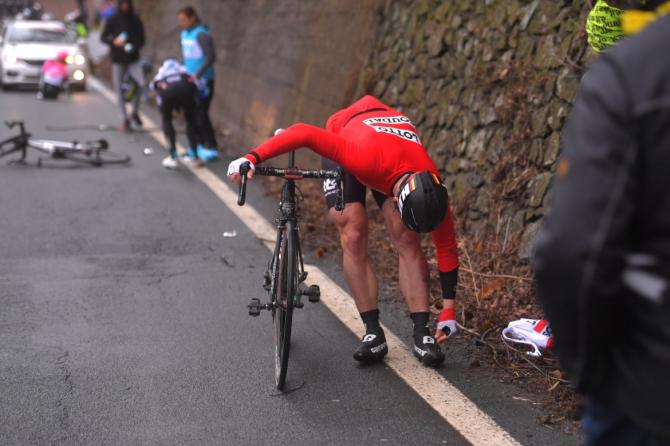 Andre Greipel successfully underwent surgery of his left collarbone after he crashed in Milan-SanRemo.

The unfortunate German crashed Saturday on the descent of the Poggio and is out for the rest of the spring. During the surgery  the complex fracture was fixed with a plate and ten screws.

“Doctor Claes said it was a difficult, but successful operation”, said Greipel. “The collarbone was broken into different pieces. I already could go home this morning. The upcoming week I need to leave the bike aside and afterwards, depending on the amount of pain I have, I can start riding on the rollers. The next weeks I can’t ride any races, so I try to be patient and not to rush anything.”

“I immediately felt my collarbone was broken. Scans in the hospital of Nice Saturday night confirmed that. As a rider you always hope for a miracle, so you can start in the Classics, but that hope disappeared quickly. The next weeks will be all about rest and rehabilitation and I will come and cheer for the team in one of the races. Unfortunately this is also part of a cyclist’s life.”

“I’m over the first disappointment, but it’s true that I had never climbed Cipressa and Poggio so smoothly. This time it wasn’t the ascent of the Poggio that eliminated me, but the descent. Despite a crash in the first feed zone and a pursuit on Turchino, I felt very good. Between Cipressa and Poggio we were still riding on the first rows of the bunch with five teammates to turn up the Poggio in a perfect position and after the top I still had Jasper De Buyst and Jens Debusschere with me.”

“Of course Nibali’s jump was a huge effort. Hats off to him for making it to the finish with such a headwind! But I would have loved to sprint on the Via Roma. The race was perfect for sprinters, the sun had come out in the last two hours of the race and I had never been in such a good condition for the Classics. But it wasn’t meant to be.” 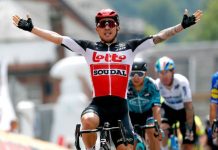 Caleb Ewan doubles up in stage 4 of Belgium Tour 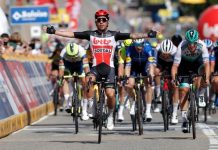 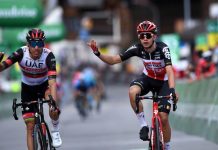 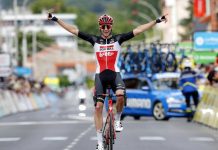 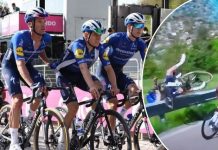 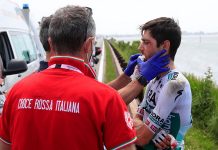