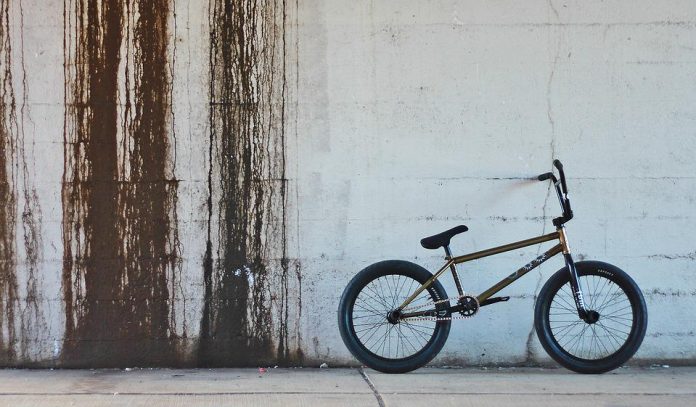 The humble BMX was once a big movie star in its own right.

Who could forget E.T. in the basket of Elliott’s basket as he created a silhouette in the glare of the moon in the early eighties? Or the classic BMX chase in the high-octane Jason Statham thriller Transport 3? Even on television, they’ve become more iconic in the last couple of years as the protagonists of Stranger Things navigate the weird streets of their hometown, Hawkins, on their BMX bikes.

Stranger Things has drawn parallels with another film featuring BMXs, The Goonies. Indeed, the actor who played Mikey in The Goonies even pops up in Hawkins as Bob Newby, although he doesn’t find himself on a BMX! He did in The Goonies, as did several other gang members. The Goonies was a huge hit in 1985, taking $125m at the box office from a budget of just $19m.

It also featured heavily on digital media and still does today. After its release, there was a Goonies game for the 8-bit family of machines, with Goonies II dropping on the Nintendo Entertainment System. Even thirty-seven years after the film was released, it has appeared in media; there is a Jackpot slot from Foxy Bingo called The Goonies Return. It uses the same branding as the films, and the faces of its stars on the reels. In 2017, the characters appeared in a Lego Dimensions level pack, with a Sloth figure throw-in. Sadly, none of these games featured the iconic BMX bikes the gang rode to battle with the Fratellis. However, the games have helped keep the Goonies alive, and news reported by Movie Web that a project based on the film is coming will only serve to keep them in pop culture a little longer.

That’s good news for BMX riders and fans, especially if they revisit the film. Why? Because there were some classic models featured, which we break down here for you.

Ke Huy Quan played Data in the film, the gadget-loving member of the gang. He’s previously had a role in Indiana Jones and the Temple of Doom, which set him up perfectly for some dungeon hopping. He was seen riding a 1984 Team Murray X20 FSIII, a hugely popular bike in the U.S. at the time. A common model at the time featured extended dropouts, a Dia Compe MX1000 front brake and Shimano Pedals.

Corey Feldman was everywhere in the early eighties, just like BMX bikes. He starred in Friday the 13th: The Final Chapter, Gremlins, Stand by Me and The Lost Boys. His role in the Goonies was as Mouth, the smart-talking member of the group. He was streetwise in the extreme, and his Murray X24c bike had a blue front, 24” rims and a playboy decal covering the front reflector. It perfectly captured the essence of the character, slightly rebellious but still one of the guys on his BMX.

Brandon Walsh, aka Brand, was the older member of the group, played by Josh Brolin. He would have looked out of place on a smaller BMX, so instead, he was given a Murray Baja 10-speed Mountain Bike, one of the first genuine mountain bikes on the market. In the early eighties, most mountain bikes were custom jobs or converted cruisers, but the Baja was one of the first dedicated builds for off-road use. It is as influential in the bike world as The Goonies is in pop culture.