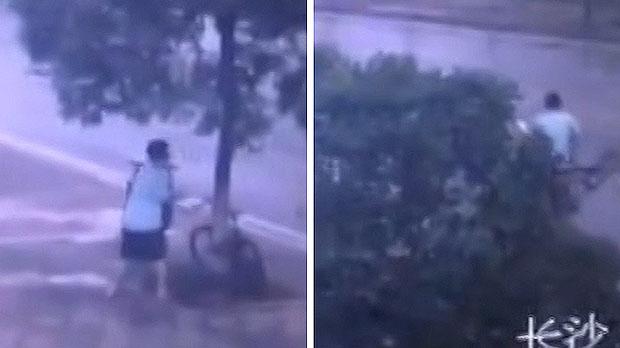 Footage has emerged from China of a man cutting down a tree so he can steal a bike.

In footage taken by security cameras in Changsha, Hunan province,  a man gets off his motorbike and heads over to a tree to which is attached a bike. What’s staggering is that the thief manages to fell the tree and take the bike in less than 90 seconds. It is not known if the man has been identified and arrested. 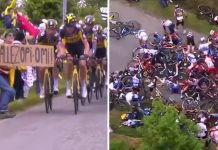