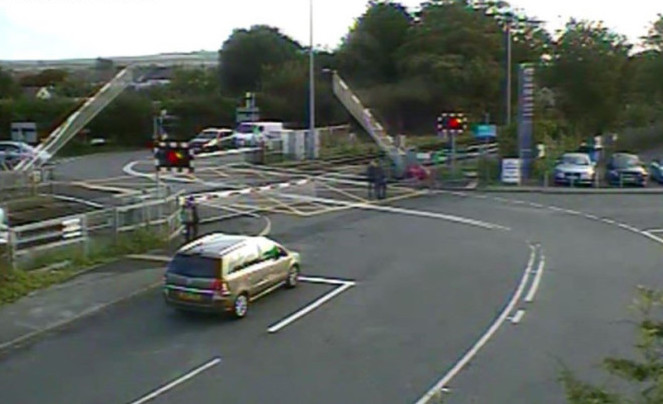 CCTV footage shows a reckless cyclist from West Sussex, U.K., who got trapped on railway tracks after trying to jump the level crossing lights.

Network Rail level crossing manager Clive Robey said: “The woman was in no danger from trains, as the signaller was able to raise the barriers so she could get out, but it did mean that the train and the motorists had to wait longer. Had she tried the same thing at an automatic crossing, such as at Yapton, she would have been in great danger of being hit by a train.