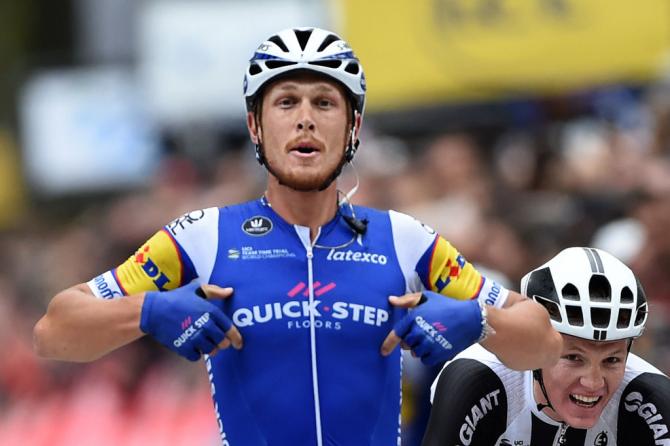 At 18 kilometres from the end, Gaviria fell in a curve and had to change his bike, losing significant time to the peloton. The rider drafted behind his team car to get back to the main group.

The last of the escapees were reeled back in with 10 kilometres to go and Quick-Step immediately increased the pace in the peloton. Trentin attacked on the Côte de Beau Soleil and blew the peloton apart. Only Soren Kragh Andersen (Team Sunweb) could stay at his wheel to take the second place.

“I did what I did two years ago when I won. Of course, it was a bit different. We were in a big bunch and there weren’t echelons here today. You know, with the light rain, the wet, and the course that was designed a bit different, it was a bit more technical in the approach to the climb,” said Trentin. “I saw that the bunch was straight and people were making big efforts to stay in the front so I decided to give it a go.