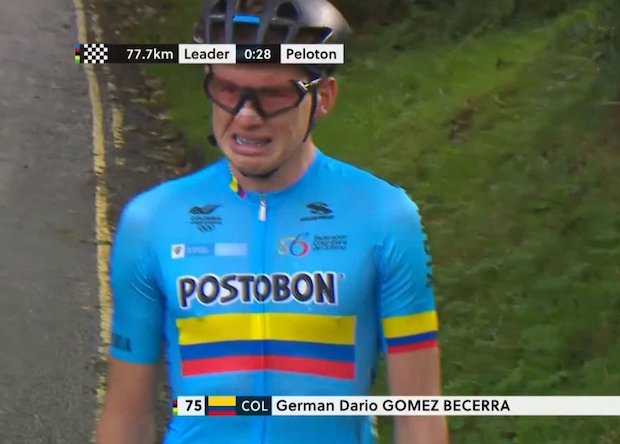 Colombian rider German Gomez Becerra was left in tears after he suffered a puncture and was left stranded on the side of the road during the juniors road race at the World Championships.

Images showed him raising the wheel and asking for help but all the help cars, including the one of the Colombian national team, were allegedly caught behind chasers and nobody could get to him on time. Seeing that time was passing and the peloton was further away, Gómez couldn’t hold the tears and continued crying and walking for some metres. Eventually, he returned to the race, but without any options for the podium.

Colombia's German Dario Gomez Becerra in tears after being left at the side of the road… #Yorkshire2019 pic.twitter.com/Mt2mR39RGx