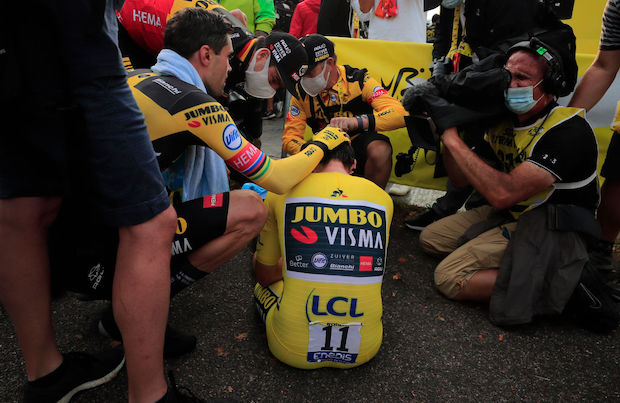 It is one of the most spectacular and dramatic editions in the history of the Tour de France. Team Jumbo-Visma with Tom Dumoulin and Primoz Roglic seems unbeatable and at the last minute the victory slips through their fingers.

With Tom Dumoulin and Primoz Roglic, Team Jumbo-Visma has one big goal in the summer of 2020: to win the Tour de France. For three weeks, the yellow and black train runs in front. Everything seems under control. In the last week, Roglic has the leader’s jersey firmly around his shoulders and apparently nothing can stand in the way of a victory march on the Champs-Élysées. This cannot go wrong anymore. But it does go wrong.

On the penultimate day of the Tour, Roglic rides a decent time trial, but his fellow countryman Tadej Pogacar has been unleashed and is doing the impossible. The victory slips through Jumbo-Visma’s fingers.

It is one of the most spectacular and dramatic stages in the history of the Tour de France. Reporter Kees Jongkind of NOS experienced it up close and returned from France with 400 hours of unique material. Scenes from the bus, scenes from the hotel, emotions in the team leader’s car and the sometimes painful reality in the osteopath’s treatment room. Everything could be filmed and used. 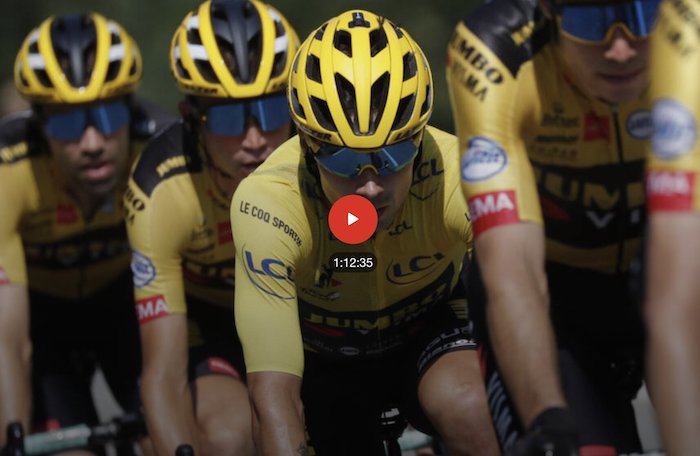