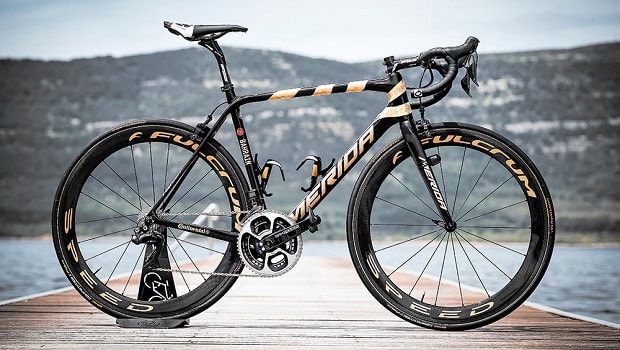 Two times winner of the Giro d’Italia Vincenzo Nibali will be ‘armed’ with a rather special version of Merida Scultura bike for his attempt to add another victory to his trophy cabinet and to become one of only 8 riders who have won the Corsa Rosa three times. 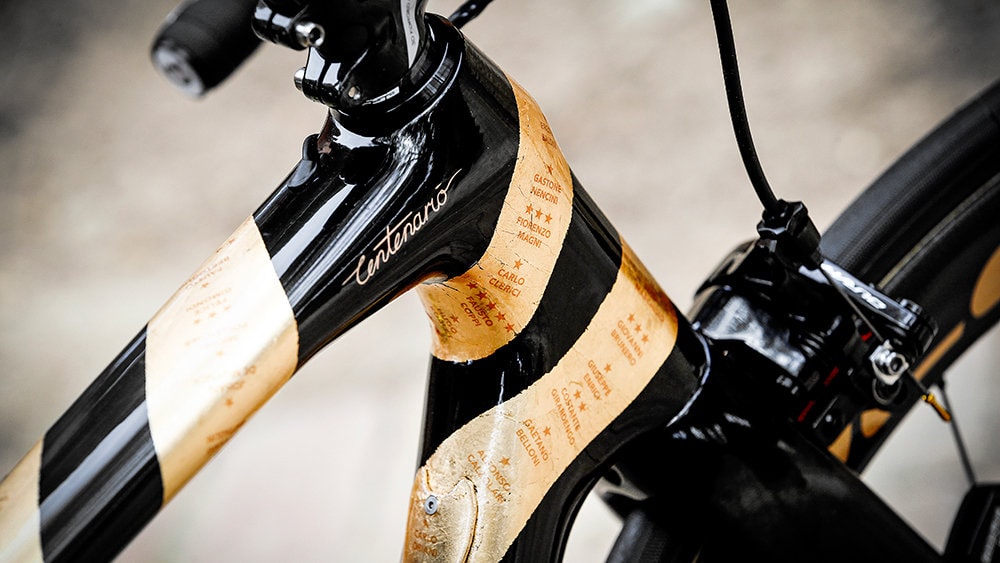 The golden banderole is made of real gold leaves applied to the top layer of the carbon before protected by a clear coating. 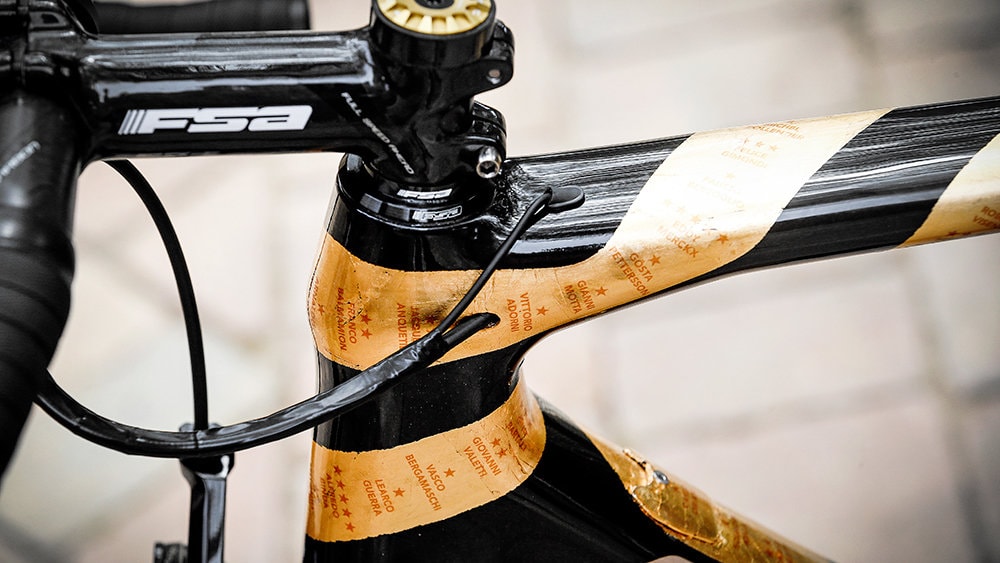 Defending champion Vincenzo Nibali will be using this unique bike throughout the event and has strong intentions to take it with him to the top of the leader board when the event finishes in Milan on the 28th May. 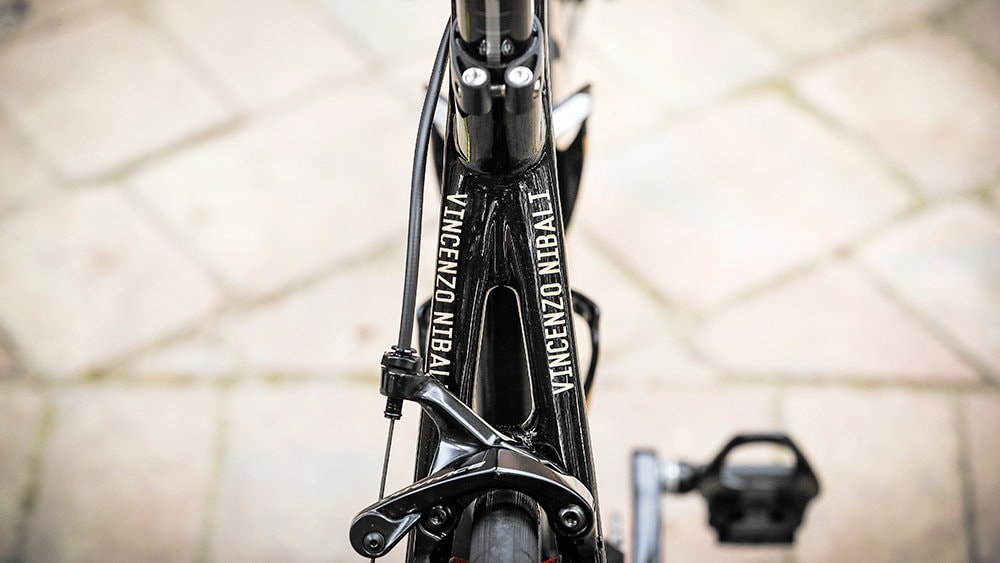 The Scultura is one of three bikes that will be available to the Bahrain Merida Team during the event. Besides the super lightweight Scultura, the riders have also access to the Reacto aero bike and the Warp TT time trial machine for any time trial duties.