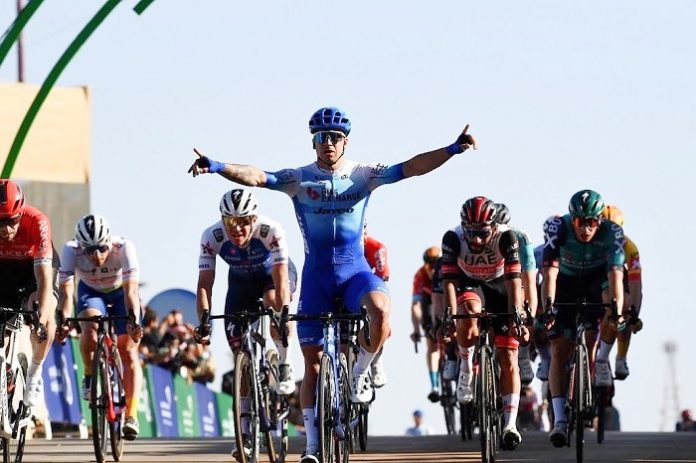 Dylan Groenewegen has won the fifth and final stage of the Saudi Tour as Caleb Ewan punctured in the final.

The Dutchman was faster than Daniel McLay and Davide Ballerini. The leader’s jersey of Maxim Van Gils was not in danger at any point during the last stage.

“The boys did a really good job,” Groenewegen said after the stage. “They’ve learned really soon and have tried to do things as good as possible and now we have two victories. I think it’s two out of three, so it’s really nice.

“We lost each other a little bit, but in the final we found each other and Luka (Mezgec) and me came together on the roundabout. It was a really good job from the team, they put me in a really good position in the end, I think maybe 200 metres before the finish, Luka put me in position, he made a really good move to go to the right and I had some space to go very well and very free, so it was a good sprint.

“First of all I will take some rest at home and then think about the next races. I will stay aiming for victories but it is not always easy. It’s really special,” the young Belgian said.