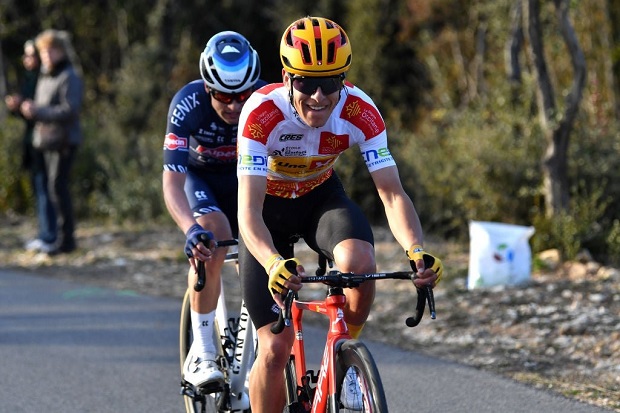 Tobias Johannessen (Uno-X) has won the queen stage of the Etoile de Besseges after being the strongest on a difficult final climb. Jay Vine (Alpecin-Fenix) and Antonio Tiberi (Trek-Segafredo) were second and third on the podium.

It was Vine who launched the first attack on the final climb. At 1.9 kilometers from the finish he chose his moment, Johannessen was the only one who could follow.

The two looked set to compete for the win, but Clement Champoussin and Antonio Tiberi accelerated behind. They joined the leaders and the foursome had to sprint for the win but young Johannessen managed to win the sprint.

Overnight race-leader Benjamin Thomas (Cofidis) suffered on the climb that decided the stage but the Frenchman did just enough to take a seven-second lead into the final time trial on Sunday.