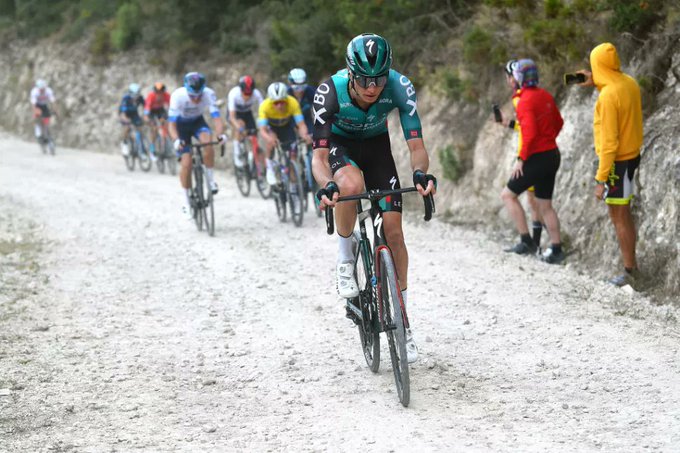 Vlasov broke away from the favorites group on the unpaved roads of the Alto Antenas del Maigmó to win stage 3 of the Volta a la Comunitat Valenciana.

“It was super steep and tough on the final climb but I like that kind of climbs. In the end, I could take the win and the overall lead which I’m really happy about. I’ve seen a video of the climb and I immediately knew that I would launch my attack in those steep gravel ramps,” Vlasov said.

UAE Team Emirates and Movistar ensured that the peloton was considerably thinned on the Alto Antenas del Maigmó and picked up the remaining breakaway riders one by one.

With one and a half kilometers to go, Vlasov attacked and the Russian opened up a gap. The Russian rider was the fastest to smash the gravel roads, with Enric Mas, Alejandro Valverde, Remco Evenepoel and Carlos Rodriguez behind him.

Evenepoel finished 41 seconds behind the winner and came through the line in 8th place which forced the young Belgian to drop to second place on the general classification behind Vlasov.