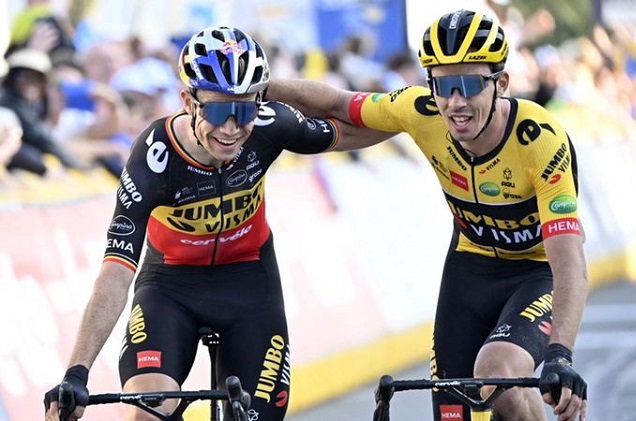 Wout van Aert won the E3 Saxo Bank Classic on Friday as his Jumbo-Visma once again proved too powerful for their rivals.

Jumbo-Visma attacked after 80 kilometres, splitting the peloton. Then, with 42km to go, Van Aert and his teammate Christophe Laporte dropped what was left.

The duo were part of a Jumbo-Visma effort that put a stranglehold on the recent Paris-Nice stage race, where the team twice swept the stage podium places with an astonishing demonstration of strength.

“The team was impressive. I have to thank every single one of the guys to set us up in the final. Me and Christophe were supposed to be more defensive,” Van Aert said. “This is how we want to race and this is the way everybody believes we can have the biggest chance of winning.”