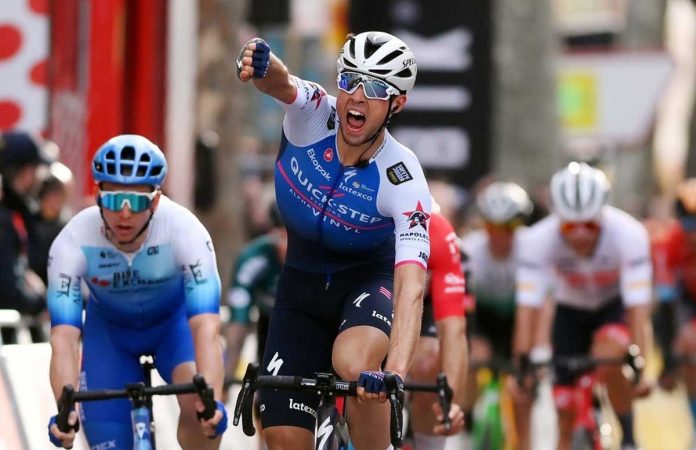 Ethan Vernon won stage five of the Volta a Catalunya on Friday as Joao Almeida took the overall lead by just one second.

It was the first professional triumph for the 21-year-old who last year won a stage on the Tour de l’Avenir and signed a deal with Quick-Step. Vernon edged Phil Bauhaus to the line.

Joao Almeida claimed the overall lead over Nairo Quintana by a single second.

“I felt a bit tired today but I managed to get a bonus second on the intermediate sprint. It’s only a second, on the final day we might get some big gaps,” Almeida admitted. “I know the final day circuit, it’s hard and one second isn’t going to make the difference.”

Saturday’s stage from seaside town Salou into the mountains of the Costa Brava backcountry invite a breakaway. The final stage on Sunday culminates in six laps of Barcelona city centre with six steep ascents of Montjuic where the 1992 Olympic Stadium sits.